Why do parents opt to send their children to academically selective or fee-paying schools?

Of course there are many reasons, however one of the main reasons is increased achievement. This is what we wanted to focus on in our study. We wanted to find out whether school type adds anything to the prediction of exam scores at 16, over and above those factors schools use to select their intake.

What do I mean by selection factors?

In our study, we wanted to find out whether the type of school a student attends makes a difference to their exam grades, or whether the selection process itself is the reason selective school students get better grades. Do selective schools merely select more able students? In addition, because the factors schools use in selecting students are shown to be heritable, we also wanted to explore whether there were any genetic differences between students attending different school types.

To answer these questions, we used the UK-based Twins Early Development Study (TEDS). TEDS is an incredibly valuable study that has followed twins born in England and Wales in 1994-1996 to the present day. As well as collecting data on behavioural, psychiatric and education-related traits, researchers also collected DNA on over 4,000 individuals in the sample. This allowed us to create ‘genome-wide polygenic scores’ (GPS) for each individual in our sample.

A GPS is an individual-specific score created by summing up the effects of tens of thousands of single nucleotide polymorphisms (SNPs) which have been linked to a trait of interest. SNPs are places in someone’s DNA where people are known to vary by a single base pair. For example, someone may inherit two copies of the nucleotide base guanine (one from their mother and one from their father), or two copies of the nucleotide base adenine, or one of each. To identify whether certain SNPs are linked to differences in traits, we need to use the results from large ‘genome-wide association studies’ or ‘GWAS’. In our study, we used the results from a GWAS of 300,000 people that sought to identify SNPs associated with educational attainment (Okbay, 2016). Armed with the results from this GWAS, telling us which SNPs were associated with educational attainment, and how large the association was, we created a GPS for each person in our sample. Individually the SNPs have a very small effect, however when you sum all of their effects together, it is more predictive. This process is a bit like summing up items on a test maths; individually each item doesn’t tell you much about how good someone is at maths, but together they give you an indication about their ability. Just like any other variable, we can use the GPS to look at differences between people, or groups of people, as in school types.

What did we find?

However, when we consider that schools select their intake based on certain factors, such as ability, achievement and, to an extent, socio-economic status, these differences are suddenly less surprising. Ability, achievement and SES have all been shown to be substantially genetically influenced, as well as shown to correlate with later academic achievement. So what would happen if we control for the differences attributable to these factors?

So what does this all mean?

The key conclusion from our study is that mean differences in exam performance between school types are largely due to the same factors the schools use to select their intake in the first place. A self-fulfilling prophecy. However, we are aware that there are many reasons why parents opt to send their children to selective schools and we would like to explore these factors in future research.

Finding genetic differences between students of different school types does not have any necessary implications for educational policy, however it shows that when you select for one thing – ability for example – you also passively select for all the factors which correlate with ability, even as far as someone’s DNA. We also think that, with the use of polygenic scores becoming more widespread, and as they get more predictive, it is really important that we start a discussion around the use of genetics in the classroom.

You can watch a video about the paper here

DNA methylation as a marker of education

How to leverage prior knowledge to enhance learning. 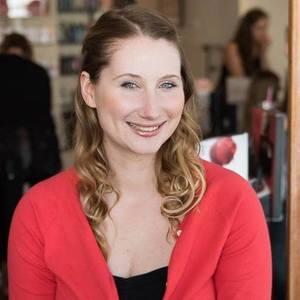 Interesting research. I am not an expert, but I am interested.  I assume that the choice of schools that agreed to take part in this study is randomised. Or did you take the dataset from the EduYears (with genetic information) and then use it to generate the three different cohorts? I am struck by how small the genetic effect is in explaining variation in grade outcomes  (certainly compared to SES, for example), but is this because genetic effects at the level of the individual are less powerful predictors than SES, or is it because selective schools have genepools that are not that different from non-selective schools. Yes, your paper shows that there are genetic differences between selective and non-selective schools, but not that different. The paper states that Eduyears GPS explains 7.6% of variance in GCSE scores. What is the equivalent number for SES?

Too many questions - sorry. My main interest is the intra-school results, which is not the focus of this study, I know. Every year I teach the same way and I get a range of outcomes. Most of the variation in these outcomes remains unexplained (using your four variables) and is a total mystery. Do you agree?

Would you like to come to my London-based  school to give a talk on these themes?

Thanks very much for your interest in our paper. I’ll try and answer your questions, but let me know if there is anything I have missed!

With regards to the dataset – the sample is a large UK-based study (The Twins Early Development Study). They have been followed since birth in 1994 -1996 to the present day and have given information on educational traits such as school type, GCSE, SATs and they have also completed cognitive tests. A subsample of the total study also provided us with DNA. These 4000+ individuals are spread around the country in different schools. Because we were not looking at schools themselves, just school type averages, we pretty much have one individual per school.

On your point about genetic effects explaining little variance in GCSE (~7%) and even less variance in the difference between average GCSE between school types - this is to be expected given that the polygenic score is still fairly ‘new’. What do I mean by that? Well, genome-wide polygenic scores are created using the information from large ‘Genome-wide association studies’ (GWAS), as these get larger, they can start to identify more of the genetic variants associated with traits (such as educational attainment). We have already seen variance in GCSE increase from the first GWAS of educational attainment (Rietveld, 2013) to the one we use in our study (Okbay, 2016). The next one is expected to explain even more variance. At the same time, 7% is still not a ‘small’ effect size for the behavioural sciences. If we think about other things we often think of as being explanatory for exam results, for example gender differences or growth mindset, these often explain less than 1% of the variance. Furthermore when you start to look at the extremes, you can start to see real-world implication. For example in a past study (Selzam et al, 2017), we showed that if you took people’s polygenic score for educational attainment and you focused on those with the lowest, only 37% went on to university, compared to 65% in the highest.

In terms of the variance explained by socio-economic status in GCSE, we estimate it at 24%. If we think about what socio-economic status is: educational achievement, highest qualification, career status, career position etc, these things are all associated with educational achievement and then we can start to see why there is a moderate association.

Intra-school results is very interesting, but sadly not something we are able to look at as we only have 1 or 2 people in our sample per school. When we look at the four variables together – socio-economic status, general ability, prior achievement and the polygenic score for educational attainment – to predict GCSE scores, they explain 69% of the variance. However, there are many factors influencing GCSE scores (as I’m sure you know more than me) – home environment, behaviour, personality, health etc. My research group wrote a paper on this a few years ago (http://www.pnas.org/content/111/42/15273)

Lastly, I’d be happy to come in to talk to at your school – I’ve emailed you.

I am a little concerned that there seems to be no ethical framework in this presentation of your research. Science is not neutral on this matter.

To put it crudely, I admit, here you seem to be suggesting that those who go to selective schools are more likely to be genetically-predisposed to do so. I doing so you are going against the overwhelming body research that suggests it is socio-economic factors that play the most important role in determining the type of school a child attends, and how well she will do at that school. That is a very controversial ethical, and indeed political, position to take.

Student conceptual thinking about physics – how you think matters
Contributor, npj Science of Learning
Behind the paper