How are long lasting memories formed?

Discover the story behind our paper, "The differential role of cortical protein synthesis in taste memory formation and persistence", which was published in npj Science of Learning

Our article, entitled "The differential role of cortical protein synthesis in taste memory formation and persistence" was published in the journal npj Science of Learning on 11 May 2016. The Nature Research team had a few questions for us about our article, which we have answered below.


What was the main aim of your research and why did you decide to investigate this?

Currently, one of the most intriguing and still unanswered questions in the field of learning and memory is about the identity of the molecular and physiological processes that underlie the formation of long lasting memories and their persistence through our lives. We believe that the physical structure which is formed in the brain contains the “internal representation” of the world around us and within our body: smell, taste, sound, touch, etc.

Learning is a time-dependent process. First, we acquire the information and form the “internal representation” of the outside world. This structure changes with time and can fade out. The different phases of learning are: acquisition, short term memory, consolidation to long term memory, retrieval, relearning, reconsolidation, where the last three steps can be repeated unlimitedly. The different temporal phases of learning are subserved by different molecular mechanisms. For many years it has been accepted that the formation of long lasting memories was dependent on the mRNA translation process, taking place an hour or so following memory acquisition and resulting in the stabilization of neuronal physiology. In contrast, protein translation has not been believed to be part of the process of maintaining memories. As a matter of fact, we know very little about how memories are maintained in the brain: is it an active or a passive process? How can the same machine (brain) be both plastic (making new memories) and stabile (maintaining old memories for our lifetime) at the same time?

In this work we challenged the view that mRNA translation regulation plays a role only in memory consolidation, but not in maintenance. Our work showed that inhibiting protein translation in rat cortical neurons has broad implications on neuron morphology for many days (at least for 6 days). In particular, inhibition of protein synthesis affects the size and the density of the spines, which are specialized neuronal features that play essential role in neuronal physiology. This led us to hypothesize that protein translation has a more complex way of influencing memory maintenance than previously thought. In the past the influence of protein translation inhibitors was tested as long as 24–72 hours after injection of the inhibitor to the brain. Because we found that protein translation can have lasting effects on neuron morphology we set our mind on testing the effect of translation inhibition weeks after drug application.

This is a basic science study, however, the results have implications for different brain diseases, where memory maintenance is too strong (e.g., PTSD) or too weak (e.g., deterioration of cognitive abilities in age).

The results suggest that memory maintenance is an active process, and one should look at temporal resolution, which has been ignored so far. Future research will be aimed at elucidating the underlying molecular and cellular mechanisms of memory maintenance, taking into account that mRNA translation regulation is a pivotal process. 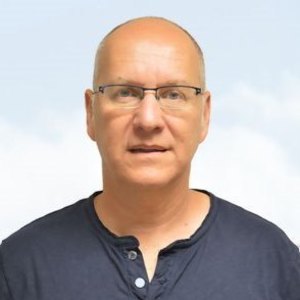 Professor & Head of The Laboratory for Research of Molecular and Cellular Mechanisms Underlying Learning and Memory, University of Haifa

I hope that better understanding of the normal brain function will enable us to find new ways to fight brain diseases that affect our behaviour and personality. In addition to science I am interested in literature, and enjoy hiking, swimming and football.
Follow