The role of evidence in teachers’ professional decision making

We need to challenge problematic assumptions about evidence-based practice.

This article is the first of a five-part series about how evidence can inform classroom practice.

The movement toward “evidence-based practice” in the classroom has been growing, to the point where this phrase is prominent in the pronouncements of politicians, media commentators, policymakers, researchers, and teachers.

My concern is that the consequence of these assumptions is an education system in which limited instructional approaches are prescribed. The prescription of these approaches would restrict opportunities for teachers to make judgments that are sensitive to and relevant for their own students and settings, undermining their capacity to fulfil the demands of the profession. I fear that regardless of the goals of the movement, the outcome will be undemocratic, in that open, intelligent, and above all, democratic debate about the purposes, contexts, and practices of education will be silenced. (Before you cry “slippery slope!” please know that I will be ever so pleased if the movement achieves an elevation of the position of research and evidence in education practice and policy, without prescribing practice and restricting the professional activity of teachers.)

I am in support of teachers using robust evidence to make rational judgments about educational practices. I am not arguing against the use of evidence to inform practice. The question at this level is not whether or not to use evidence, but about what role evidence should play in teacher decision-making.

Claims that classroom practice must be “evidence-based” are often underpinned by the problematic assumptions that:

These assumptions touch on issues of the quality of teacher’s decisions about their professional practice, and the quality of education research. In this series of posts, I will explore, and attempt to refute, some of the assumptions that underpin evidence-based practice claims. I will argue that these propositions are at best superficial, and at worst fallacious. Claims that classroom practice must be “evidence-based” ignore or deny that:

I would also like to see more actual evidence and reasoning made to support claims about practice than simply that practices are “evidence-based”.

A few others have considered this issue in their own blogs, notably José Picardo in his post The problem with evidence based practice, and Corinne Campbell in her post Evidence-Based Practice: Supporting decisions or a stick to beat us with?. Both José and Corinne are practising classroom teachers; José in the UK, and Corinne in Sydney, Australia. José worries about the inflexibility of prescribing practice on the basis of data, usually quantitative, and highly contextualised, which may or may not be valid for any other context. Corinne worries that this evidence will be used to prescribe standardised instruction, which would be a disservice to both teachers and students. Both José and Corinne’s posts have informed my thoughts for this one, and I strongly encourage you to go and read their posts, too.

A version of this piece has appeared on Charlotte's blog, Hypothetical Thinking. 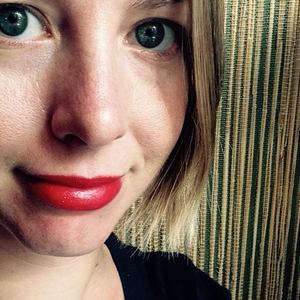 I am passionate about primary teaching, science education, technology education, and facilitating teachers to become competent and confident teachers of science and technology. I have a Bachelor of Science (Psychology), a Graduate Bachelor of Education (Primary), and a PhD (Science Education). I was a primary school teacher with Education Queensland for 6 years, teaching in remote, regional, and city locations. My PhD examined the claim made in many curriculum documents around the world that “learning science helps people to make good decisions.”
Follow

Dr Annie Brookman-Byrne
almost 5 years ago
Hi Charlotte,
Thank you for this really interesting post. I am a PhD student in educational neuroscience. In our field, we are often told that teachers are keen to hear about evidence and especially want to hear from neuroscientists. Your opinion is therefore quite new to me, and I wondered if it should be tagged as "For researchers" rather than "For teachers"! I think these are all really important points that researchers should consider when designing their studies and when communicating with educators.
A theme that is discussed a lot at the moment in the field is an issue that you raised which is that we don't want our findings to lead to very prescriptive recommendations that leave no room for teachers to adapt. The kinds of evidence we are looking for should be able to tell us something useful which is another tool for educators to use rather than a whole lesson plan for instance. Teachers are the experts and researchers certainly don't want to stop them from using what they know.
Another discussion point that comes up a lot is something else you touched on relating to populations. Some research may talk about populations as a whole but that might not be relevant for all pupils. This is recognised in the field, and the aim is therefore to conduct research that can tell us about individual differences. Here an analogy is often made to medicine: we might know that some medicines work better in some people compared to others, so the doctor makes the decision about which is best to use. Similarly, teachers are able to draw from the evidence they have about which types of learning activities might help different children. The ultimate goal is an individualised approach.
In terms of what outcomes are desirable, this is for society as a whole to discuss, and certainly not for the researchers to decide. The researchers are there to push the science forward and explain what we know, rather than saying a particular outcome is the best one.
Finally, I hope it's some reassurance that the concerns of a prescriptive standardised instruction are not compatible with my experiences of the field. Rather, the aim is to equip teachers with all of the information available so that they can use their expertise to deliver the best possible learning environments for all children. The aim of educational neuroscience is to collaborate directly with teachers to produce research that is helpful. Researchers who are not experts in teaching need the help of educators to design studies that will tell us something useful.
I think one of the problems is that educational neuroscience is still a young field, and we are not yet at the stage of having loads of translatable findings so there may be some uncertainty about what might happen in the future. I believe the key is to work together, to talk to each other, and to share our concerns and aims. Researchers and teachers have the same goal which is to provide the best possible learning experiences and collaboration is crucial to achieve this.
Thanks again for a really interesting post, it's certainly given me a lot to think about!

The Black Box and Learning

The Social and Environmental Perils of Magical Thinking