It's essential, but why do we need to sleep?

Getting enough shut-eye is essential for optimal brain function.

Sleep is a beloved activity for most animals and also an enduring mystery in biology. As yet, science has no established consensus of why we sleep, even though sleep is an essential behavior which we cannot live without. We know the exact functions of other essential behaviours: we eat to give nourishment to our body and energy to our cells; we breathe oxygen in and carbon dioxide out in order to enable cellular respiration. But why animals have evolved a behavior that involves spending a sizeable fraction of life in an inactive, potentially defenseless state begs an explanation.

Animals cannot survive without sleep, and across the richness of animal diversity, sleep is one behavior that is conserved all the way from fruit flies to humans. This pervasiveness suggests that there must be a very profound and fundamental reason for why animals sleep. So what’s so important about it?

Much of the recent work in circadian neuroscience has suggested that animals may sleep for the purpose of consolidating memories. This idea intuitively makes sense: we tend to perform better on a given task if we are allowed to sleep after practising that task, and before we test ourselves again. Think back to a time when you went to sleep after a day of performing atypical activities—like riding a horse, bingeing on roller coasters at a theme park, or jumping on a trampoline. When you closed your eyes at night, you may have felt yourself trying to perform those same actions once more. Instead of just treating your mind to the exciting sensations you felt earlier in the day, your brain is doing something much more practical: it is reviewing the memories you made that day, and perhaps with emphasis on memories that are more novel and complex.

What might be a purpose of reviewing memories before we go to sleep? We can imagine that by reviewing the memories made during the day, our brains are, in a way, “practising” those memories. In other words, the brain is consolidating those memories by storing them in an increasingly efficient way.

Imagine you are a librarian tasked with managing the British Library in London, by book count the largest library in the world. You were recently given a copy of Carl Sagan’s Cosmos and, after devouring it within a few well-spent hours, you decide to add it to an appropriate location in the library. But you want to make sure that you can remember where you put Cosmos, because you loved it so much that you will probably want to re-read it someday. And so, every day before closing the library, you navigate the twists and turns of the British Library back to your special location for Cosmos. After a few days of this practising, you become quite comfortable at finding Cosmos, even in the huge library. In fact, two weeks later, when a young girl comes to your desk and asks where she might find Cosmos, you are able to quickly and efficiently grab the book for the girl. Good thing you practised finding where you kept the book!

In a similar way, your brain needs to first add memories to an appropriate “storage location” and then, ideally, practise how to get back to that location in order to ensure efficient retrieval of that stored memory later on. This is a rough sketch of how memory consolidation works – and this process might be why our brains need to sleep. And you can certainly imagine that memory consolidation would benefit diverse types of animals, including fruit flies, because improving the efficiency of learning is something all animals can benefit from.

This candidate answer for why we sleep is quite compelling. If want to learn more about the memory consolidation hypothesis for sleep, you can check out this NOVA video featuring Neil deGrasse Tyson. The video also features Dr Amita Sehgal, a neuroscientist at the University of Pennsylvania who has gone beyond the memory consolidation hypothesis to investigate how sleep is controlled at the level of genes and molecules in the brain. It is reasonable to imagine that understanding how sleep occurs at a molecular level will lend insight for answering that even more tempting question of why we sleep. Indeed, resolving this mystery with a cellular/molecular-based rationale is a challenge that neuroscientists have only recently been able to undertake.

The synaptic homeostasis hypothesis for sleep

In 2003, two neuroscientists named Giulio Tonini and Chiara Cirelli proposed a cellular mechanism for why animals need to sleep. This proposal has been called the “synaptic homeostasis hypothesis”, and it stipulates that the purpose of sleep is to make sure that the activity levels of our neurons are regulated within stable, homeostatic limits. Specifically, Tononi and Cirelli envision that the strength of the connections between our neurons—which are called synapses—grows during the day. This increase in synaptic strength helps our brains flexibly and efficiently process information; however, such strengthening comes with an expensive energetic price tag. If synaptic strength is continually increased, neurons might become vulnerable to runaway excitability or even seizures. To circumvent such adverse outcomes, Tononi and Cirelli propose that, during sleep, synaptic strength is downscaled to a homeostatic baseline value. In other words, the purpose of sleep might be to adaptively downscale synaptic strength that accumulates during waking.

While compelling, this theory of why we sleep also has rigorous predictive power. Most overtly, it predicts that synaptic strength accumulates during waking and is downscaled during sleep. These are changes that neuroscientists can detect using imaging and electrophysiological techniques in the laboratory. As another example of its predictive power, the synaptic homeostasis hypothesis goes on to specify that the homeostatic regulation of synaptic strength occurs during a particular phase of sleep, called slow wave sleep. This prediction can be indirectly tested by measuring whether animals undergo longer phases of slow wave sleep if experimenters artificially strengthen the animals’ synaptic connections above normal levels during waking. And in relation to behaviour, this theory predicts that downscaling of synaptic strength causes the advantageous effects of sleeping on animal performance.

In short, the synaptic homeostasis hypothesis seems to offer the most compelling explanation for the biological purpose of sleep. Neuroscientists will certainly need to expand and further test this theory before we can discuss sleep with the same confidence used to discuss other essential behaviors, like eating or breathing. As we anticipate progress, we can continue enjoy sleep as one of life’s deepest mysteries and greatest sources of refreshment.

Tononi, G, Cirelli, C. (2014). Sleep and the price of plasticity: From synaptic and cellular homeostasis to memory consolidation and integration. Neuron 81: 12-34. 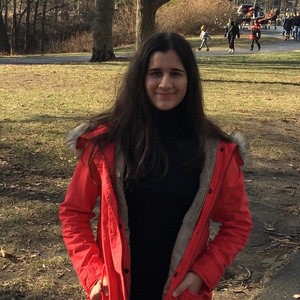 Majid Khan
about 5 years ago
Very nicely and eloquently written. Enjoyed reading it.