A community from npj Science of Learning
Contributor
Education, News, Views and Events

Virtual reality as a tool for engaging students

Can VR encourage students to gravitate towards STEM careers?

In a recent meeting with school administrators at a small urban school situated in the rust belt of Western New York, we sat with the school superintendent and assistant superintendent discussing how they would encourage students to gravitate towards STEM discipline courses as they go into middle school and high school. We proposed that using serious educational games (SEG) and some off-shoot technologies such as virtual reality (VR) can promote STEM discipline selection among at risk and underrepresented groups.

To illustrate the value of VR technology in promoting STEM disciplines, we asked a 10-year old student to take part in in a computer generated three-dimensional simulation. The simulation started with two dinosaurs towering over the girl. One of the dinosaurs took an earth-shaking step toward her, kicking up a cloud of dust and debris, and caused the student to jump back. Minute details were visible to her in this computer-generated environment. Months later, when we returned to follow-up on activities in the school, the superintendent explained that the student who engaged in the demonstration was still excited about the experience. Her engagement provides some evidence that VR is potentially a powerful educative tool.

The sky is the limit

The possibilities of VR in the education sphere are endless. Think: hitching a ride on the Cassini-Huygens, swinging past the swirling red eye of Jupiter on the way to Saturn; marveling at the architectural genius of the St Vitus Cathedral in Prague; or exploring in detail the process of a virus infecting a cell. These are only some of the incredible learning opportunities that VR provides.

The origins of virtual reality

Educational VR has its roots in serious educational gaming (SEG). SEGs differ from other forms of educational gaming, as developers have specifically integrated pedagogical approaches into the games and provided an assessment feedback loop to the teacher and learner.

Despite VR’s recent popularity, promoting STEM courses and career selection has been ongoing since the late 1950s. Recently, this focus has increased and efforts are underway to promote STEM disciplines. We have identified several important factors that appear to influence how a student ultimately selects and persists in STEM disciplines.

Interestingly, positive, but specifically novel and authentic, experiences plays a significant role in the selection of STEM disciplines, according to our research. The hyper-realistic, ultra-immersive environment of VR in the classroom provides a more authentic experience than that of SEGs, as it is more engaging and ultimately more effective. For example, a student playing an SEG may complete a DNA extraction or run a western blot to detect specific proteins with various levels of authenticity as they solve an epidemiological crisis. VR consistently provides realism in the activity far beyond what is seen in SEGs.

Critically, our research has found that engagement hinges upon authenticity, VR’s ability to provide a soft-failure environment, and the dimensionality of the game and environment matter, such as 2D or 3D. The more realistic the VR experience, the more likely the student will engage to develop the skills and knowledge for success in the STEM classroom.

However, educators should not adopt a “more is better” approach to VR. VR must act as tool and teachers must do the work to sensibly integrate it into their curriculum. We must keep a keen eye on teacher professional development in both pre-service and in-service settings as we introduce disruptive innovations such as VR.

Most new technologies in education experience some version of Amara’s Law – that is, overestimating the effect of technology in the short run and underestimating the effect in the long run. VR technology is no exception. The integration of VR into the classroom should be considered and gradual. We need examine how we can work with students and teachers to make the most of this technology, and work collectively toward a classroom and future in which VR is a prominent tool for teachers working to develop interest and persistence in STEM disciplines. 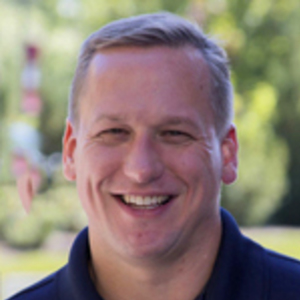