The Neuroscience of the 'Transfer Problem' - Part 4

The 'transfer problem' shouldn't be a surprise. It's central to how the brain operates.
Mike Hobbiss
PhD Student, University College London
Follow
Like Liked by Tao Coll-Martín and 1 other
0

Through the last three posts I introduced the ‘transfer problem’, and discussed four levels through which the activity of the brain is constrained by the context in which it occurs: ‘encellment’, ’embrainment’, ‘embodiment’ and ‘ensocialment’. Here I summarise the implications of these mechanisms for education.

Conclusion: Transfer might be a problem… but it shouldn’t be a surprise

It seems eminently sensible that if we know how to do something, we should be able to reproduce that skill regardless of the changing context. No doubt it seemed obvious to the writers of ‘The Wire’ (as mentioned in post 1) that the dice-rolling students would be able to solve the probability exam questions in their next test. What I have tried to show here is that actually there is good reason for suspecting that this natural intuition is flawed. Context-specificity is built into even the most basic levels of our brain function, and it operates right through from the cellular level to the societal.

It is therefore hardly surprising that we also see it occurring at the higher levels of cognition focused on by education, given that it occurs pretty much everywhere else. If, as was mentioned in post 1, such a simplistic act as learning a sequence of movements does not transfer into improved learning of a sequence of the same movements in a different order (Karni et al., 1995), then the idea that we might be able to teach a problem-solving technique in Geography and expect it to be used in Biology suddenly looks very optimistic indeed. Even strategies normally taken to be clearly domain general, such as some kinds of study skills, may actually be quite context-dependent (although there is evidence that some other skills, such as metacognition, may improve performance across domains). In fact the potential scale of this problem is something that I think many in education are simply in denial of, as to consider just how ‘partial’ our representations of the world are can seem to be the first step on a slippery slope into educational nihilism.

What the transfer problem means for education

Not that I think such pessimism is justified. None of this is to say that transfer is not possible or does not happen. Barnett and Ceci (2002) provide examples of experiments where transfer has been successful, and how it can be made more likely. Following these prescriptions closely it is possible to imagine classrooms where transfer could indeed become the norm. This would be especially true if we focus on problems of ‘near’ transfer with more modest goals, such as transferring strategies between different exam questions, or different classrooms etc.

Accepting that our representations of the world are partial, and therefore constrained by the context in which they are learnt, has, I believe, a number of implications for educational practice. Firstly, it suggests that strategies in which knowledge and skills are being regularly re-accessed and practised in different contexts are more likely to be successful. From the perspective of ‘partial representations’, this strategy is likely to lead to multiple, overlapping partial representations which are strengthened through repeated access, increasing the likelihood of them being more easily accessed subsequently. I would therefore argue that the explicit teaching of knowledge plus practice in applying the knowledge to different contexts (such as by regular quizzing and other retrieval methods) is the approach most likely to bear fruit in educational terms.

To take a contrasting educational perspective, such as discovery learning, this would only lead to the (time-consuming) creation of a single partial representation, which would be far more susceptible to context-dependency. From the perspective of ‘partial representations’, it is not the discovery of the strategy which is important for subsequent success, but the practice of accessing the strategy multiple times and in multiple different ways. Perhaps ironically, then, the theory of neuroconstructivism can shine a light on why many ‘constructivist’ approaches in education fail to produce results (see for example here and here). Constructivist learning theories tend to emphasise the importance of the construction of knowledge and the placement of knowledge into a concrete context from the very start. However, this prioritises the discovery of the strategy in a single context over the practice of a strategy in multiple contexts. It argues for the formation of a single representation over multiple representations. What I have tried to show above is that our representations of the world, by their very nature, are only ever ‘partial’ representations. Given that, it makes sense for educators to work to create as many of them as possible, and to strengthen them whenever they can.

These posts are adapted from a version which originally appeared on my personal blog.

Constructivism is a theory of learning, not a theory of pedagogy. Neuroscience explains why this is important

We should pay more attention to attention

'Liking' vs 'wanting'. A neuroscientific view on classroom motivation 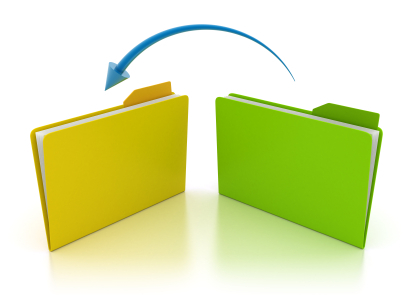 The Neuroscience of the 'Transfer Problem' - Part 4

The 'transfer problem' shouldn't be a surprise. It's central to how the brain operates.