Revisiting material after days and weeks helps us remember better

Instructors aim to ensure that information is learned and understood during a lesson. This is generally done well, but a lot of the material may be forgotten over subsequent weeks. Ultimately this situation wastes the time of both instructors and their students, and makes education less efficient.

While some forgetting may be inevitable, as a process it is well understood by memory researchers, and steps can be taken to reduce it. One simple option is to manipulate the timing of study activities, and in particular to increase the gaps of time between initial learning and consolidation work. The ‘spacing effect’ is a phenomenon first observed during the early days of Psychology in the 1880s; spacing out learning over time (sometimes called 'distributed practice') has the potential to double retention over timescales relevant to school or college courses (Mozer et al., 2009). The effect is one of the most reliable in cognitive psychology, yet it is under-applied in educational contexts.

In its simplest sense, the spacing effect means that a re-study activity will be more effective after a delay. Within a single learning session, this is partly based on neural recovery time between repeated presentations (Smolen et al, 2016). Over longer timescales, repetition may serve to remind learners of their earlier learning experiences, thereby activating relevant episodic memories and making them easier to access in future (Benjamin & Tullis, 2010). The spacing effect as a whole may therefore be based on two separate processes.

For the instructor, the effect implies that there are diminishing returns to studying a set of material within a single session. Rather than teaching a concept and then immediately reinforcing it via a series of activities, it may make more sense to build in a time delay, employing the same practice problems but doing so on another day. Likewise, the standard practice of issuing homework on the same day a topic has been taught could potentially be replaced by a process of delaying each such task by 2-3 weeks, at no extra time cost to the instructor. The latter possibility is supported by the finding that maths homework which is both spaced and intermixed - newer tasks mixed together with revision of earlier lessons - leads to higher attainment (Rohrer et al, 2014).

Entire courses can also benefit from spacing; instead of tackling topics in concentrated blocks, they could be spaced out across several months. This allow more time for conceptual understanding to develop, helps to reduce forgetting, and - if other topics are taught concurrently - provides opportunities for learners to make cross-curricular links. It also allows for several re-study opportunities - Rawson & Dunlosky (2011) found that after an initial learning phase, students benefit from at least three attempts to recall concepts, at widely spaced intervals. For independent revision, too, students would benefit from distributing revision sessions throughout a semester rather than immediately prior to an exam.

The scheduling of learning and review must take account of the realities of academic calendars, which often feature a long delay after each initial lesson/lecture, followed by review via a progress test/exam, and then more frequent revision opportunities in the run-up to a final exam. This pattern is known as a ‘contracting schedule’, because the time delays between study opportunities reduce. However, an experiment by Küpper-Tetzel et al (2014) found that for material studied on three or more occasions, an expanding schedule - i.e. delays which increase in size - is more effective. This suggests that material should be reviewed within a couple of weeks of the initial lesson, and then again after a month or two. Overall, it seems, instructors should front-load review activities, and dispense with some of the intensive revision sessions at exam time!

Important uncertainties remain in the spacing research, not least the question of exactly how long the delay before reprising a topic should be. It may not be possible to give an exact answer, as this depends on so many other factors, not least the nature of the material and students’ own knowledge and abilities. However, as Cepeda & colleagues (2008) concluded, the likelihood is that educators are spacing too little, and in most situations the benefits of increased time delays within the learning process outweighs the risk of increased forgetting.

It remains, therefore, for the instructor to use their professional judgement to schedule review sessions for when learners will have benefited from a delay but not yet forgotten material - a process that will be more accurate when informed by the science of the spacing effect.

Rawson, K. A., & Dunlosky, J. (2011). Optimizing schedules of retrieval practice for durable and efficient learning: How much is enough?. Journal of Experimental Psychology: General, 140(3), 283. 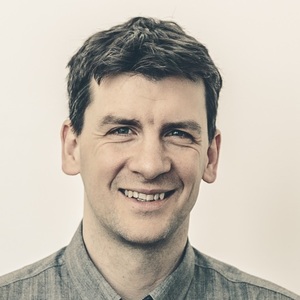 I am a psychology teacher and teacher trainer, author and researcher. I'm currently working on the University of Strathclyde's PGDE programme, training new psychology teachers, as well as completing a PhD part time at the same institution. My research interests focus on the practical applications of memory research to education, as well as the teacher professionalism implications of cognitive knowledge and research skills. I write school psychology textbooks and support books for teachers, and have spoken at several education conferences. I'm a board member of the British Psychological Society's Standing Committee on Pre-tertiary Education (SCoPTE), and a member of the Scottish Educational Research Association's Emerging Researcher Network. I am passionate about the value of psychology education as a key part of the school curriculum.
Follow

Podcast: Pay attention! How your brain decides what to focus on
Contributor
Brain

Queensland Brain Institute
How smart is an octopus?
Contributor
Brain

How smart is an octopus?