Just 5 hours of high-intensity exercise in total, over 6 weeks, is enough to significantly improve brain function in children

There is a stack of research demonstrating the physical and cognitive benefits of exercising. The majority of these studies, however, focused on aerobic exercise regimes, where typical sessions of 30–40 min were the norm.

The neat thing is that high-intensity training (HIT) also increases the release of neurotrophic factors, which are essential for neuronal transmission, modulation, and plasticity. This finding spurred researchers to investigate the cognitive benefits of HIT.

David Moreau and colleagues, at the University of Auckland, set out to find whether “short, intense bursts of exercise could elicit meaningful cognitive and physiological improvements in children.” They also wanted to know if an individual’s characteristics, such as their physical health or genes, changed the effect HIT had on the brain.

To do this, they conducted a randomized, placebo-controlled trial, across six New Zealand schools, with a total of 305 children, aged 7–13 years. The children were assigned to either the HIT group, who did 5 sessions of 10-min HIT per week, for 6 weeks, or to an active control group. The HIT exercise included  2-min warm up, 5 x 20-sec core session (interleaved with incremental breaks (30s, 40s, 60s, and a shorter 20s break after the last workout period), and 2-min stretching.

So, what did they find?

Using six computer-based cognitive assessments (of the children's accuracy and response time), Moreau and his team, demonstrated that children in the HIT group showed robust improvement in cognitive control and working memory, which are strong predictors of academic success and achievement.

Further, the HIT regime seemed to help those that needed it the most! Brain-derived neurotrophic factor (BDNF) promotes neuronal growth and supports learning. Children with a specific BDNF genetic variation (i.e., carriers of the BDNF met66 polymorphism) naturally produce lower amounts of BDNF, putting them at a cognitive disadvantage. According to Moreau’s results, HIT was particularly beneficial for this group of children. According to Moreau, “this suggests that although genetic differences are genuine and important, targeted interventions can attenuate these differences, and offer everyone a chance to thrive.”

Given the nature of the study design, it remains to be confirmed if 6 weeks is the optimal duration for HIT. It is also still unclear how long the cognitive improvements last post-training. Finally, further research is required to confirm if more variety in the exercise regime will elicit longer-lasting improvements.

Regardless however, this study highlighted HIT as a promising non-invasive alternative to enhance cognition. It provides a first step toward reliable and affordable exercise-based cognitive interventions… which is great news for school environments that are often constrained by time and equipment!

This study was published in eLife Sciences on the 22nd of August 2017. The R code and data are freely available on GitHub. 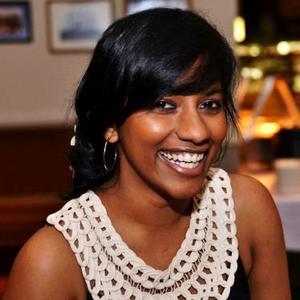 A trained neuroscientist, Lakshini currently works as a freelance science writer and editor. She loves sharing the latest neuroscience research with the community because she thinks that science should be accessible by everyone! You can find her latest science communication project here: https://www.sci-sites.com/
Follow

Gabrielle Ahern
‘You’re the best!’ Your belief in your kids’ academic ability can actually improve their grades
Education