Professor John Hattie has looked at thousands of studies involving millions of students to analyse a number of myths versus reality in regards to teaching and learning outcomes.

Myth: Teaching at private schools is better than teaching at public schools

Reality: Professor Hattie says research suggests this is not true. When it comes down to the quality of teachers, it’s very, very hard to find evidence that there is any major difference between public and private schools in terms of the growth, the value that teachers add. In fact it’s almost a myth to believe they’re that different. You get some of the best teachers in Australia in some of our poorest school areas. What really matters is good leadership within a school, and how teachers are selected and developed, no matter whether it is private or government.

Myth: How much you spend on your child’s education equates to how well they will do at school

Reality: Evidence shows that it is the quality of teaching that matters most. Professor Hattie says parents can choose schools, and choose to pay private school fees, but they can’t choose their child’s teachers. There is no linear relationship between what you might spend on a child and the education outcome for the child.

Myth: Homework is a necessary evil

Reality: Meta-analysis has shown that the amount of homework a student does in primary school has no effect on student achievement or progress. The research is not saying that there should be no homework, but if schools are going to set homework (which many parents expect) then the focus should be on the type of homework given. Homework does have more effect on results for secondary school children, but generally students are given way too much. A short time spent practising what was taught that day can have the same effect as one or two hours of study. Professor Hattie says what happens in the classroom is what matters most. Five to 10 minutes practising what was taught at school that day has the same effect as one to two hours studying something different. The worst thing you can do with homework is give young kids projects to do.

Reality: Reducing class size can enhance student achievement but generally the effect is only marginal. What really matters is that the teacher is effective and having an impact, no matter what size the class is. Professor Hattie says the preoccupation with class size is an enigma; what’s really important is that the teacher learns to be an expert in their own class, no matter what size it is.

Myth: We should be happy if our children are ‘doing their best’

Reality: Not so. Professor Hattie says telling a student to ‘do your best’ is the worst thing a teacher or parent can do. Some of the most effective learning happens when teachers ask students what they predict their results will be before a test. Upon establishing a student’s expectations of their own abilities, a successful teacher will challenge them by saying they can do better. What a student achieved yesterday should never be okay tomorrow.

Myth: Teachers should be experts on their subject and do most of the talking in class

Reality: Most teachers talk between 80 and 90% of the time during a lesson. The research has shown that students are more engaged and learn more when teachers talk around 50% of the time, or even less. Evidence shows that children can learn very effectively from their peers; when another student explains concepts to them. The best teachers encourage their students to be active and engaged in the classroom, exploring ideas, and not just passively listening.

Myth: Wearing a school uniform has a positive impact on students’ results

Reality: Research has found wearing a uniform has no impact at all on educational outcomes. Professor Hattie says conversations about school uniforms are distracting; it doesn’t matter if uniform is compulsory or not as it makes no difference whatsoever to student achievement. A school should decide whether they want to enforce a uniform or not but waste no further time debating it.

Reality: Professor Hattie says extra-curricular activities are actually powerful in terms of helping children learn. The best predictor of health, wealth and happiness in adult life is not academic achievement at school but the number of years schooled; extra-curricular activities can be a fun and inviting way to get children to enjoy school and want to spend more time there learning.

Myth: TV has a negative effect on a child’s learning progress

Reality: Not directly. Professor Hattie says the problem with a child watching too much television is that it stops them from spending that time learning in more productive ways, such as by reading or developing their communication and relationship skills.

Myth: A child’s birth date can have a negative impact on learning

Reality: Professor Hattie has found that the date which a child’s birthday falls in the school year has an effect on their progress initially, as there is a big difference in the ability of a child who is 5 years 1 month and one who is 5 years 11 months. However, no difference is found after two to three years of schooling. What has a more dramatic effect on a child’s academic achievements is whether a child makes a friend in their first month at school.

Myth: Children Learn Best When They Discover Things On Their Own

Reality: The idea that children learn best when they discover things on their own is well entrenched in the minds of many educators – but it is a myth. Professor Hattie says this theory is not based on evidence. Research shows that when teachers actively teach kids, they have more than three times more effect on students’ results than when simply facilitating learning. While we want our students to become free-thinking, independent citizens leaving them to learn independently is not the way to do this.

Myth: Children Learn More When They Have Control Over Their Learning

Reality: This is another popular theory that has no grounding in evidence. It’s called student-centred learning and Professor Hattie says it has been blindly accepted by many educators as a good idea. Rather than having the teacher decide what students will learn, advocates of student-centred learning believe that you need to be guided by students’ interests. The idea is that giving students choices about what they learn helps them to learn more effectively. It doesn’t! Research shows that giving students control over or choice about what they learn has absolutely no impact on their subsequent results. Interestingly, giving students choices about trivial things (e.g. what colour pen to write in) does have small but positive effect on student outcomes.

Reality: Many parents and teachers believe that certain foods lead children to misbehave. One common belief is that sugar leads to hyperactivity and subsequent misbehaviour. Professor Hattie says a review of 16 double-blind, placebo-controlled studies investigating the link between sugar and hyperactivity found that no such link exists. Rather, the misbehaviour of some children can be attributed to parental (or teacher) expectations, the child’s expectations (many children have been told that sugar makes them hyperactive), an externalised locus of control and poor parenting. Another common belief is that food additives cause higher levels of hyperactivity in some children. A review of meta-analyses on the topic, showed that there is little if any link between food additives and how children behave in the classroom.

Reality: While giving students positive reinforcement is important, Professor Hattie says coupling critical feedback with praise negates the impact the feedback has on improving student learning. Teachers should work to create a positive, nurturing environment so that students trust their teachers and set high expectations. However, critical feedback should be delivered with a different tone so students understand the importance of improving their work.

Reality: Some reform initiatives focus primarily on ensuring teachers have deeper content knowledge, particularly in secondary subjects. Yet most teaching today occurs at the surface level, so in-depth subject knowledge is not as influential as many believe. It is only when there is the right mix of surface and deep learning does content knowledge matter. Expert teachers use their content knowledge to make meaningful connections between concepts by using students’ prior knowledge and adapting lessons to meet students’ needs.

Reality: Professor Hattie says repeating a grade actually has a negative effect on student achievement (at every age) and is correlated with negative social and emotional adjustment, behaviour and self-concept.  Research has shown that struggling students who progress to the next grade often out-perform their peers who have repeated. It should be noted though that academically gifted students who are accelerated forward in a school tend to do well both socially and academically. Research has shown that academically gifted students have more social problems when they are not accelerated.

Reality: Professor Hattie says many educators believe grouping students by ability allows teachers to customise learning to students’ learning pace. However the opposite is true – it has little impact on achievement. The greatest negative effect is that students from minorities are more likely to be in the lower ability groups and such equity issues should raise major concerns.

First published on the Science of Learning Research Centre website. 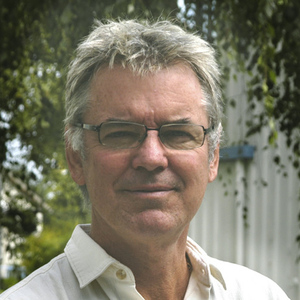 Professor Hattie's work is internationally acclaimed. His influential 2008 book Visible Learning: A synthesis of over 800 Meta-Analyses Relating to Achievement is believed to be the world’s largest evidence-based study into the factors which improve student learning. Involving more than 80 million students from around the world and bringing together 50,000 smaller studies, the study found positive teacher-student interaction is the most important factor in effective teaching.
Follow

Michael Sutton over 3 years ago

This research is a godsend! Thanks!