A report has discovered that while students born after 1980 have good digital skills, they need to think more critically about what they read online.

By Kim Wilson and Garry Falloon

The lack of critical judgement displayed by high school and university students in this example is, as the report’s authors identified, a challenge that’s bigger than fake news.

It doesn’t just affect young people, either. In analysing the issue, the problem is not so much how we educate to identify hoax sites, as generally these are low frequency and quickly identifiable. The real challenge is how we educate people, both young and old, to critically evaluate the perspectives, aims and purposes of a website. In short, how do we help people distinguish between fact and opinion?

Here are three strategies based on the findings of the Stanford Report to help navigate the online information minefield.

A traditional approach to educating about these challenges has been conducting “website evaluations” using a checklist. This usually involves judging the reliability of a site based on the information it contains, such as a named author, the publication date, domain name, and so on.

However, this approach underestimates how sophisticated and deceptive the internet has become. Instead of a vertical checklist approach, web users need to interact laterally. That involves getting off the website and searching for other information that can provide clues as to the validity and balance of information it contains. For example, thoroughly researching sites’ authors may reveal their political alignments, if they are funded by another person or organisation with particular agendas, and so on. Accurate answers to such questions will most likely only be found off the website.

Another good strategy is to go straight to the site’s reference list, if one is available. If no reference list is provided, it may well be a good reason to dig deeper.

These are just a few practical tips. Above all, readers should cast a more critical eye over information they use from the web, to make sure the knowledge built from it is trustworthy and accurate.

The myth of the “digital native”

However, this narrative promoted an “us” versus “them” divide and did little to further our understanding of how young people interact with online information. The native generation may well be good at flicking between Facebook, Twitter and Instagram whilst texting their best friend about what’s happening on those sites, but the acts of “liking” or “friending” seldom involve making critical judgements.

It could be argued that young people’s saturated use of social media actually works against building critical thinking capabilities, as their interaction with the information is generally at a low level such as (re)tweeting, or simply claiming or making a positive or negative response.

We also need to remember that people born pre-1980 are not necessarily bad with technology. Time has exposed the “digital native versus digital immigrant” narrative to be little more than popular folklore. Even Prensky has backed away from the debate, and now considers we should concentrate on building something he calls “digital wisdom”.

Building “digital wisdom”, the ability to select accurate and balanced online information and use it productively to construct robust and well-informed perspectives and knowledge, should be the goal for education at all levels. 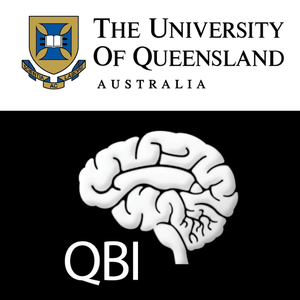 BOLD Blog
Children need to catch up, but on work or play?
Contributor
Education