A community from npj Science of Learning
Education

Children have the ability to mimic a near-perfect accent, which makes it an optimal time for learning a second language.

Simon Birmingham recently announced the government will invest an additional A$11.8 million in a successful preschool language learning program.

Some 300 languages are spoken in Australia. In the Greater Sydney area alone, nearly 40% of households speak a language other than English and many children of these households attend weekend community language learning.

But, in New South Wales for example, less than 10% of secondary students make it through to a final end of secondary school examination (Higher School Certificate) in an additional language. A report of Chinese learning shows of all the learners who start Chinese study 96% have dropped out by senior secondary level. 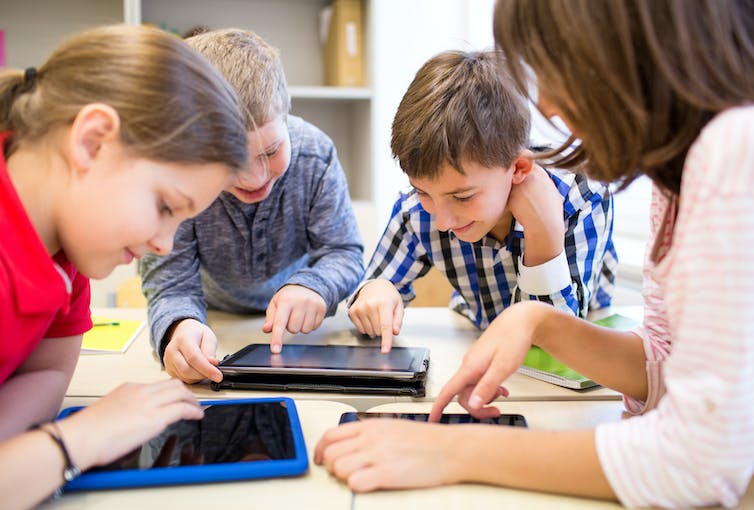 Appetite for learning a language must be created by starting early, through generating curiosity and fun in playing with language. Early Learning Languages Australia (ELLA) does this.

Read more: Play-based learning can set your child up for success at school and beyond

The program uses characters, game activities and songs to teach simple language. Apart from a few prompts in English, it immerses the child in understanding and using the target language. The program is based on decades of international studies of early immersion language learning which have consistently shown the cognitive, neural, visual-spatial, conceptual, social and personal benefits of early language learning.

Children’s use of language in songs and games resembles the natural way people learn their native language. In early years, children have the ability to accurately produce all sounds of all languages, to mimic a near-perfect accent, and they will speak and sing without the inhibitions of adolescence.

The research evaluation of the program has been sound, using cognitive, behavioural and qualitative measures.

Read more: Why it's hard for adults to learn a second language

The increased funding to Early Learning Languages Australia will expand the program to a total 5,000 preschools nationally, including long daycare centres with preschool programs. This represents a significant impact to the sector.

Languages currently available include Arabic, Chinese (Mandarin), French, Indonesian, Italian, Japanese, Spanish, Modern Greek and Hindi. The additional funding will add Korean, Vietnamese, Turkish and German to the program. All of these languages are included in the Australian Curriculum for schools.

The program will also be trialled in 300 schools, in Foundation (kindergarten) to year two, in 2019-2020. This may help lay the groundwork for future sustained interest.

Tired arguments are holding us back

Research has shown the efforts of some of the most talented teachers running rich, motivating programs are currently undermined by discouragement from school leadership and parents.

The second argument is contested space in the “crowded curriculum”. Putting the value judgement aside, there is already one solution in place.

In a small but growing number of schools, primary language teachers are successfully collaborating with regular classroom teachers to teach selected units from, for example, geography or science, in a language other than English. This achieves two learning objectives at once.

Read more: What languages should children be learning to get ahead?

Investment in early learning, through preschool and primary years is the key to unseating these arguments, and achieving sustained language achievement. Victoria has led the way in attaching value to language study, making learning a language compulsory in primary years.

The longer term objectives of early language learning are to provide intellectual stimulation, intercultural curiosity and for children to see linguistic diversity as an every day affair in classrooms and playgrounds.

The Australian curriculum is built on seven general capabilities, one of which is intercultural understanding. The most powerful vehicle for this is through language learning. If we start early, this is where children learn to value both their own cultures, languages and beliefs, and those of others.

This article has been updated since publication to correct an error in referring to ELLA as Early Language Learning Australia, when the correct title is Early Learning Languages Australia.

Move it, move it: how physical activity at school helps the mind (as well as the body).

I am based in Queensland, Australia, and have an interesting portfolio of skills, experience and qualifications in science research and content creation.