A community from npj Science of Learning

Can you hear the light?

Impaired hearing affects the ability to communicate and often contributes to social isolation or diseases such as depression. It is most frequently caused by the loss of sensory hair cells which are involved in transmitting the audio signals to the cochlear nerve.

Electrical cochlear implants bypass the sensory hair cells by detecting audio signals via microphones and converting them into electrical signals that are transmitted to the cochlear nerve via electrodes. While cochlear implants are helpful for speech comprehension, their performance in noisy environments is not satisfactory because the number of available frequencies is limited due to electrical cross-talk between the electrodes. A potential solution for this problem is using optogenetics to stimulate the cochlear nerve more precisely with laser light instead of metal electrodes.

Tobias Moser and colleagues work towards a potential translation into clinical applications of these so-called optical cochlear implants. This has been challenging to date because optical cochlear implants require to manipulate the genes of the organism, which is not an option when developing applications for humans. Additionally, the temporal resolution of current optical implants is insufficient due to the intrinsic properties of the light-sensitive channelrhodopsins that were used to feed sound-triggered light signals into the cochlear nerve.

Moser and colleagues addressed these issues using gerbils, which have an auditory system that is much more similar to the human auditory system than that of mice. The researchers bypassed the need for transgenic animals by introducing the channelrhodopsin with viruses into the auditory nerve of adult gerbils. Furthermore, the researchers used a new class of channelrhodopsins that respond quicker to light.

Using electrophysiological and behavioural tests, the researchers demonstrate that light stimulation reliably activates auditory neurons and triggers behaviour in deafened gerbils similar to that of gerbils that are able to hear, confirming that these animals perceive the light signals in their cochlear as sound. Although this works demonstrates that optical cochlear implants can work in principle, these devices require a lot of further developments before they can be used in clinical applications. 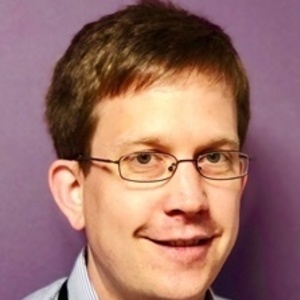