Can naps make up for lost sleep in adolescent learners?

Find out more about the memory benefits associated with taking regular daytime naps in a Behind the Paper look at our new research article “Does splitting sleep improve long-term memory in chronically sleep-deprived adolescents?” published by npj Science of Learning.

Are regular daytime naps good for learning and memory? We addressed this question in our recent publication in npj Science of Learning, titled ‘Does splitting sleep improve long-term memory in chronically sleep-deprived adolescents?’ This project was supported by a large team of dedicated researchers led by Professor Michael Chee at Duke-NUS Medical School, Singapore.

What was the background to your work?

The National Sleep Foundation recommends adolescents to obtain 8-10 hours of sleep each night. Failure to achieve this for several consecutive nights (chronic sleep restriction) is known to reduce the ability to focus attention and to remember things. Since 2014, the Need for Sleep series of studies have evaluated the effects of chronic sleep restriction on adolescent behavior under simulated real-life settings, with a view to document performance deficits and find potential remedies. Our new research article is the latest addition to this set of studies.

What was the aim of your study?

The memory benefits of daytime naps are well known, but typically, naps have been studied as a one-off supplement to nocturnal sleep, rather than as part of a regular sleep schedule. As many high-school students already do not sleep enough, we wanted to investigate whether distributing their limited amount of sleep differently across the day could improve cognitive performance. Our aim was to assess long-term memory when sleep was split between a main period at night and an afternoon nap, during two typical school weeks of restricted sleep.

How did you conduct the study?

We created a science summer camp for sixty teenagers, staying full-board with sleep monitoring (polysomnography). The camp included several computerized cognitive tests each day, as well as activities such as a murder mystery game that ensured participants remained engaged throughout the camp. Participants were permitted a 6.5-hour sleep opportunity on simulated weekdays and a 9-hour opportunity on weekends, which is a typical sleep pattern for Singaporean teens.

One group slept only at night (continuous sleep: n=29), while the other group had only 5-hours opportunity to sleep at night combined with a 1.5-hour daytime nap opportunity at 2.00pm each day (split sleep: n=29). Thus, both groups had the same 6.5-hour opportunity for sleep on each weekday but differed in the way that sleep was distributed. Participants performed two memory tasks on different weeks of the camp. The first simply involved looking at pictures on the Friday afternoon and later testing memory for those pictures (picture encoding). The second resembled the learning of facts from a text book over several lessons in a classroom (factual knowledge task). Participants learned about different species of amphibians for one hour in the morning and afternoon on three consecutive days (Monday to Wednesday), and later answered multiple choice questions about those species.

What were the key findings?

We found that memory for facts learned in the afternoon was significantly enhanced under the split sleep schedule, suggesting that the nap beforehand boosted learning. However, groups did not differ in their memory for facts learned in the morning. This means that even though the split sleep group obtained less night-time sleep prior to the morning learning session, it did not impair their ability to learn. The picture encoding task showed a similar pattern, with significantly more pictures being remembered under the split sleep schedule. Interestingly, if you added together sleep duration for nap and night-time sleep, the split sleep group obtained approximately 10-minutes less sleep each day, and yet they still out-performed those on the continuous sleep schedule.

Why would splitting sleep be beneficial for memory

Sleep has been shown to influence the initial formation of memories (encoding) and the subsequent stabilization of memories in the brain (consolidation). Our findings suggest that a nap improves the encoding of new information encountered later that afternoon, and there are several possibilities for why this happens. It could be due to the downscaling of synapses involved in learning during the nap, which refreshes them to more effectively encode new information afterwards. Or it could be that memory reactivation during the nap reorganizes information that was learned in the morning, so that there is effectively more room for new things to be learned in the afternoon.

Why are these findings important?

Our findings suggest that regular naps could be implemented in schools to improve learning outcomes. Indeed, this is already the case in some parts of China, where napping is considered part of a healthy lifestyle in adolescents and adults. We should stress that these findings do not justify sleeping below the recommended amount - a practice that is detrimental to health and cognition - and it is critical that other measures to extend adolescent sleep continue to be explored (e.g., delaying school start times). Our findings also speak to a wider picture of whether humans evolved to engage in regular daytime naps. There is a well-known “circadian dip” in alertness in the afternoon, and our data suggest that taking a nap around that time provides long-term benefits to cognition that could be considered adaptive.

What is the future for this field of research?

In future we hope to stimulate greater collaboration between cognitive science and educators in order to test these ideas in schools, allowing the optimization of sleep and learning schedules in a way that is practically achievable. As a first step, it will be important to establish whether splitting sleep is beneficial for students who are getting the recommended amount of sleep. Habitual napping should also be considered for its influence on other factors. For example, in the same Need for Sleep study, the split sleep group showed a greater (unfavorable) increase in blood glucose in the morning that may have long-term consequences for metabolic health. By assessing the cognitive benefits of napping alongside other measures of health and well-being, future studies will help to illuminate the true value of taking regular daytime naps. 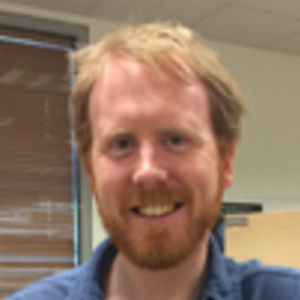 Social Interaction is Good for Learning a New Language, Social Isolation is Not
Contributor npj Science of Learning
Behind the paper

Paulo Carvalho
npj Science of Learning Community
We use cookies to help improve your experience. By continuing to browse our website you are consenting to our use of cookies.
Learn more