In a case heard by the U.S. Supreme Court, Chief Justice Roberts observed that our smartphones “are now such a pervasive and insistent part of daily life that the proverbial visitor from Mars might conclude they were an important feature of human anatomy” (Riley v. California, 2014). An observant Martian might also notice, however, that these extensions of human anatomy are not controlled by us, but quite the opposite: They have control over us by grabbing our attention with a constant stream of notifications, delivered seemingly at random. My collaborators and I wondered what would happen if people received their notifications in a more predictable pattern—that is, in pre-specified batches several times a day. We explored this question in our article: Batching smartphone notifications can improve well-being.

Since B. F. Skinner’s work on operant conditioning in the 1930s, we have known that behavior can be learned by associating a response with a reward. In a typical Skinner box, a pigeon would learn to peck levers that delivered pellets of food. This learned behavior would persist for a while even after the pellets of food stopped coming. Interestingly, the pigeons would persist longer to futilely peck the lever when they had learned the behavior under an intermittent reinforcement schedule: when pecking only sometimes produced a reward.

Our smartphones notify us of potentially rewarding stimuli in an intermittent reinforcement schedule. The ping of a new notification can happen anytime and anywhere—alerting us, for example, that a friend is thinking of us, that our social media post was liked, or that a potential dating partner is interested in us.

We conducted a field experiment using a custom-developed app that allowed notifications to be placed in a buffer until being delivered on a fixed schedule. Participants—over 200 people residing in India—were randomly assigned to one of four notification schedules.

All participants followed their assigned schedule of notification delivery for 2 weeks. Over that period, participants completed brief surveys each evening, assessing how they felt during the day. Additionally, we objectively recorded how many times per day people unlocked their phones.

In contrast, batching notifications once per hour had few benefits. These participants felt just as happy, productive, stressed and attentive as control participants. Frequent fixed schedules of delivery may thus reinforce a pattern of behavior that is similar to intermittently receiving and checking one’s phone for notifications.

Finally, participants assigned to get no alerts also felt no more or less happy, productive, stressed or attentive than control participants. In fact, these participants felt more, not less, anxious than people receiving alerts as usual. Interestingly, compared to controls, people with no notifications were no less likely to unlock their phones. Just like Skinner’s pigeons, then, people transitioning from an intermittent schedule of reinforcement to no reinforcement seem to be prone to maintaining their existing patterns of behavior.

Having the internet always at one’s fingertips may well have benefits for learning, making people an even smarter animal species than they already are. Yet, as an animal species, humans are subject to the laws of operant conditioning just like Skinner’s pigeons. As such, people can learn patterns of behavior to the benefit of the attention economy,but to the detriment of their own attention, well-being, and productivity. We show that placing people on a fixed, rather than intermittent, schedule of notification delivery can mitigate the costs of phone notifications.

We discovered that batching notifications three times a day can improve attention, and as a result, make people feel happier, more productive and less stressed. We did not, however, collect objective measures of learning, such as long-term and short-term memory. Future research should examine whether batching can improve learning by relieving our attention from the constant onslaught of notifications. 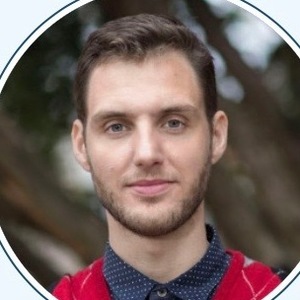 Brain changes across the psychosis continuum