Misconceptions about the Earth? Children can help

Disagreement can be settled through a variety of strategies, and it is at the core of social construction of knowledge. In an article recently published by npj Science of Learning, we explore how interaction among children can help them understand the true shape of our planet ⎮ 4 min 45 sec read

(español) How many candies are there in this jar? In an article published in 1907, Francis Galton proposed that if a large number of people hazarded a guess for questions like this, their average would be closer to the real number than any individual estimation; a phenomenon later known as wisdom of the crowds. However, not all disagreements can be settled like this. Consider cases such as the effectiveness of vaccines, or the shape of the Earth. Simple, unweighted voting is certainly not the best way to bridge the gap in these situations.

Disagreement is at the core of knowledge construction and evolution. Take scientific revolutions, for example. But not only does it fuel knowledge change at the level of societies: it also underlies knowledge development at the individuals’ level.

Naive theories: friends or foes?
All of us, based on observations of everything surrounding us, start building theories about how the world works since the moment we are born. These naive theories are extremely useful in our everyday lives. For example, we wouldn’t be able to catch a falling glass and prevent it from breaking into pieces if we didn’t have a naive theory of physics predicting that it would fall when someone accidentally tipped it off from the edge of the table.

However, these initial theories, while very useful, are usually scientifically inaccurate, and they can become an obstacle to knowledge development as well. For example, since the moment we are born, most direct evidence around us tells us that we live on flat ground. Not surprisingly, the earliest theories that children come up with assume that the planet where we live is in fact flat. Sooner or later, however, culture confronts us with the idea that the Earth, our planet, is actually round. How do kids accommodate this new incompatible information in their own theories? Eventually, they do; but the process is gradual, hard and slow, and it gives rise to a series of intermediate alternative models of the Earth. For example, many children develop a dual model of the Earth, where the Earth is both, at the same time, the round planet in the sky that everyone around them is talking about, and the flat, infinite plane upon which, it seems to them, we are all standing.

These processes of conceptual change can be very frustrating. We all have experienced, probably more than once, the feeling of trying to understand some new concept which simply does not fit. How can this process be made smoother? Help from an experienced teacher, who not only masters the subject but also how to communicate it, can be really useful. However, sometimes, too wide a knowledge gap between teacher and learner may in fact hinder learning, so getting help from someone who does know more than oneself, but not that much more, could be helpful as well.

Can children help each other go through these processes of conceptual change more smoothly? What would happen if children who had different concepts about how the Earth looks like were asked to cooperate? Would they reach an agreement midway between the two? Would the less knowledgeable approach the more knowledgeable, instead? Or would the more advanced knowledge, still fragile, stagger and fall out?

Children to the rescue
At the Neuroscience Laboratory (University Torcuato Di Tella), in Buenos Aires, Argentina, we studied exactly that: can interaction with a peer help children overcome misconceptions about the Earth? In a recent work, co-authored with Cecilia Calero and Mariano Sigman, we first interviewed a group of second-grade children, following a predefined questionnaire, to find out what their mental models of the Earth were. As expected for children this age, we found a wide variety of models, ranging from initial flat-Earth models, through dual-Earth models as described above, hollow-Earth models (with people living inside the Earth, rather than on its surface), to more advanced scientific descriptions of the Earth as we know it today. Then, some of these children had to work in asymmetric-knowledge pairs, with one child having a more advanced model of the Earth than the other. They had to make a drawing together that included some of the concepts discussed in the questionnaire, such as the Earth, the sun, the sky, their school, etc. In contrast, the remaining children had to make the same drawing, but alone. In the end, we interviewed all children again to compare the effects of these two interventions: peer interaction vs. self revision.

Our study shows that interaction between children at different points in the path of conceptual development effectively helps them move forward in the otherwise slow and gradual process of conceptual change, and provides evidence in favor of considering these strategies to complement other more traditional ways of teaching in the classroom. 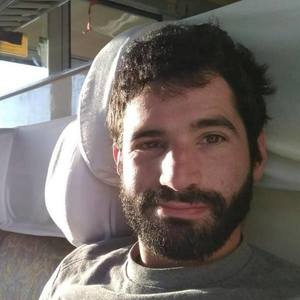 Gabriel Asis
over 2 years ago

This is so inspiring :)