What was the main aim?

Parental socioeconomic status (SES) is one of the strongest predictors of children’s educational achievement. Children from well-off families perform, on average, better in school than children from less advantageous backgrounds. Such inequality in educational outcomes between children from low and high SES families could be due to a direct causal effect. High SES parents generally have more resources to invest in the educational achievement of their offspring. However, it might also be that they create a positive learning environment for their children, and transmit to their biological offspring genes that enhance educational achievement (gene-environment correlation). To make it even more complicated, it is also possible that more supportive environments due to greater opportunities affect the extent to which genes are expressed and genetic differences play a role (gene-environment interaction). We explored this interplay between parental SES and genetic effects on educational achievement by looking at scores from a national test completed at the end of primary school by Dutch 12-year-olds registered with the Netherlands Twin Register (tweelingenregister.vu.nl).

What were the key findings?

Children from a higher SES background scored on average better in educational achievement. Surprisingly, boys performed better than girls in all parental SES strata, except the highest. Test scores in children from the lowest SES backgrounds displayed the full range from lowest to highest possible scores. However, this was not the case in the highest SES families, where the lowest score was absent and many children achieved the highest score. When comparing the similarity between identical and fraternal twins we found that differences between children in educational achievement are for a large extent due to genetic differences (75 per cent) across all SES strata.

Developments in molecular genetics made it possible to also look at the effect of parental SES on educational achievement at the DNA level. A genome-wide association study had already tested the link between a genetic variant and highest obtained degree of adults at thousands of locations across the human genome. Individual genetic variants only had a very small effect, but when summing them all up in a so-called polygenic score (PGS) for each child, we predicted around 7 per cent of the differences in the test scores between children. The PGS related to educational attainment increased in children from low to high SES, meaning that parents that are able to provide good socioeconomic conditions for their children also pass on more genetic variants that are beneficial for learning.

We also investigated the effect of parental SES on educational achievement when taking part of the genetic differences, as captured in the PGS, between children into account and found that parental SES still had an effect on the mean test score.

What does this mean?

Our findings indicate that parents that have more resources to stimulate their children’s learning environment also pass on more beneficial genes for learning to their offspring (gene-environmental correlation). It is important to take this genetic confounding into account when making causal inferences about the association between parental environment and children’s cognitive development. Our results do not point to the suppression of genetic potential under conditions of socioeconomic deprivation, which has often been reported in other countries (gene-environment interaction). A possible explanation for the absence of this phenomenon in the Netherlands is that nearly all Dutch schools are state-supported and adhere to the same standards and curriculum, restricting variation in school environments for all children, irrespective of their SES background.

Although the individual differences between children are for a large part due to innate differences, one must keep in mind that this heritability does not equal determinism. The differences between children may be heritable, but the average test score can be positively influenced by a school environment of good quality. As a child’s PGS is measured at the level of the individual child instead of the family it has added value to parental SES in predicting which children are at risk for lower educational achievement. In the future, this might possibly help in identifying which children are at double risk and enhance their educational achievement through, for example, extra educational programs. 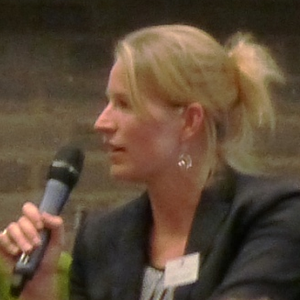