The science of physics has strived to find the best possible explanations for understanding matter and energy in the physical world across all scales of space and time. Modern physics is filled with complex concepts and ideas that have revolutionized the way we see (and don’t see) the Universe. The mysteries of the physical world are increasingly being revealed by physicists who delve into non-intuitive, unseen worlds, involving the subatomic, quantum and cosmological realms. But how do the brains of advanced physicists manage this feat, of thinking about worlds that can’t be experienced?

In our article The neuroscience of advanced scientific concepts, published by npj Science of Learning, we have found a way to decode the brain activity associated with individual abstract scientific concepts pertaining to matter and energy, such as fermion or dark matter. We investigated the thought processes of our fellow CMU physics faculty concerning advanced physics concepts by recording their brain activity using functional Magnetic Resonance Imaging (fMRI).

Unlike many other neuroscience studies that use brain imaging, this one was not out to find “the place in the brain” where advanced scientific concepts reside. Instead, this study’s goal was to discover how the brain organizes highly abstract scientific concepts. An encyclopedia organizes knowledge alphabetically, a library organizes it according to something like the Dewey Decimal System, but how does the brain of a physicist do it?

The study examined whether the activation patterns evoked by the different physics concepts could be grouped in terms of concept properties. One of the most novel findings was that the physicists’ brains organized the concepts into those with measurable versus immeasurable size. Here on Earth for most of us mortals, everything physical is measurable, given the right ruler, scale or radar gun. But for a physicist, some concepts like dark matter, neutrinos or the multiverse, their magnitude is not measurable. And in the physicists’ brains, the measurable versus immeasurable concepts are organized separately.

But how can this interpretation of the brain activation findings be assessed? We developed a way to generate predictions of the activation patterns of each of the concepts. But how can the activation evoked by dark matter be predicted? To do so, we recruited an independent group of physics faculty to rate each concept on each of the hypothesized organizing dimensions on a 1–7 scale. For example, a concept like duality would tend to be rated as immeasurable (i.e., low on the measurable magnitude scale). A computational model then determined the relation between the ratings and activation patterns for all of the concepts except one of them, and then used that relation to predict the activation of the left-out concept. The accuracy of this model was 70% on average, well above chance at 50%. This result indicates that the underlying organization is well-understood. This procedure is demonstrated for the activation associated with the concept of dark matter in the accompanying figure.

Near the beginning of the 20th Century, post-Newtonian physicists radically advanced the understanding of space, time, matter, energy and sub-atomic particles. The new concepts arose not from their perceptual experience, but from the generative capabilities of the human brain. How was this possible?

The neurons in the human brain have a large number of computational capabilities with various characteristics, and experience determines which of those capabilities are put to use in various possible ways in combination with other brain regions to perform particular thinking tasks. For example, every healthy brain is prepared to learn the sounds of spoken language, but an infant’s experience in a particular language environment shapes which phonemes of which language are learned.

The genius of civilization has been to use these brain capabilities to develop new skills and knowledge. What makes all this possible is the adaptability of the human brain. We can use our ancient brains to think of new concepts, which are organized along new, underlying dimensions. An example of a “new” physics dimension significant in 20th Century, post-Newtonian physics is “immeasurability” (a property of dark matter, for example) that stands in contrast to the “measurability” of classical physics concepts (such as torque or velocity). This new dimension is present in the brains of all university physics faculty tested. The scientific advances in physics were built with the new capabilities of human brains.

Another striking finding was the large degree of commonality across physicists in how their brains represented the concepts. Even though the physicists were trained in different universities, languages and cultures, there was a similarity in brain representations. This commonality in conceptual representations arises because the brain system that automatically comes into play for processing a given type of information is the one that is inherently best suited to that processing.

So the secret of teaching ancient brains new tricks, as the advance of civilization has repeatedly done, is to empower creative thinkers to develop new understandings and inventions, by building on or repurposing the inherent information processing capabilities of the human brain. By communicating these newly developed concepts to others, they will root themselves in the same information processing capabilities of the recipients’ brains as the original developers used. Mass communication and education can propagate the advances to entire populations. Thus the march of science, technology and civilization continue to be driven by the most powerful entity on Earth, the human brain.

The project was funded by the Office of Naval Research and the National Science Foundation.

To learn more about the study, read the article, The neuroscience of advanced scientific concepts, published by npj Science of Learning.

Whispers, taps and tingles — what is ASMR? 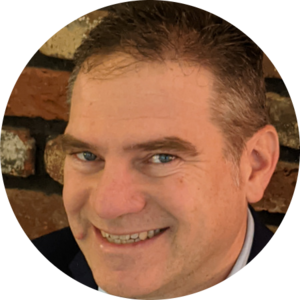 +1
Utkarsh Upadhyay and 1 other
npj Science of Learning Community