Why learning through play is important for children's cognitive development, well being and physical health⎮2 min read

Life has been tough for everyone during the pandemic. We have all experienced fear, loneliness and a longing for normality. As adults, we could rationalise what was happening, but for children, particularly the very young, being suddenly unable to see Granny or attend playgroup has been perplexing and upsetting. However, the loss of play time is more than just a disappointment, it represents a notable loss of learning experiences and, due to inequality of access, it is children born into disadvantage who have lost out most of all.

Most of us would agree that children need to play, even if only for the joy and fun it can provide. Most theorists would claim, however, that play does far more than that. Play is closely linked to many areas of child development. Obviously, running and climbing are going to help build muscles, but physical play also causes a ripple effect that kicks off beneficial chemical, emotional and neurological changes. Indeed, research suggests that the rich variety of experiences offered by play makes it uniquely placed to boost cognitive, emotional, social and physical development and skills. Play helps children to understand themselves, other people and the society they live in. So, in the short term, children find playing both enjoyable and beneficial, and in the long term, time spent learning through play benefits both the child and those around them. We also know that play can be therapeutic for children who have experienced trauma. At a time when so many children are bereaved (and in high density urban areas, some children have lost several relatives), play has a particularly vital role.

Unfortunately, in recent decades the opportunities for children to play have declined. Our need for more housing has been met in part by building on school fields and green spaces. Increases in car ownership have led to streets full of moving or stationary  cars. Together these have served to reduce the places where children can safely play. Parental fears about their children’s safety mean that they are unwilling to allow children to play outside without supervision, and changes to work patterns mean they often don’t have the time or energy to go out and supervise them. For children in rural or suburban areas, there is often a garden where they can safely play instead, but many of those in urban areas (particularly flat-dwellers) have no such luxury. During the pandemic, children in disadvantaged urban communities have therefore spent repeated lockdowns without access to public or private green spaces and generally without the means to travel beyond the area.

Many adults also report that, even when public green spaces are available and open, as members of minority ethnic groups they feel uncomfortable using them. Similarly, the parents of children with disabilities or atypicalities state that attempts to use public play spaces are all too often marred by unwelcomed attention and a lack of suitable equipment.

In theory, children should be “learning through play” when they first start school or nursery. However, pressure from successive governments to “drive up standards” has led to a more formal curriculum, with increased emphasis on English, Maths and Science, and more assessments. We know that children from disadvantaged backgrounds enter Early Years provision with less well developed language and conceptual skills; placing settings in those neighbourhood under increased pressure to prepare the children for the tests. The current suggestions that children need to “catch up on lost learning” through increased time in school means that those children who have lost out most on the rich learning opportunities provided by play during the pandemic, are also likely to be denied the opportunity post-lockdown. Such outcome-based approaches would seem to be, at best, inappropriate for children who have suffered the privations and difficulties of life in a pandemic. The worry is that  by further restricting their right to play, we risk causing still greater and more lasting damage. 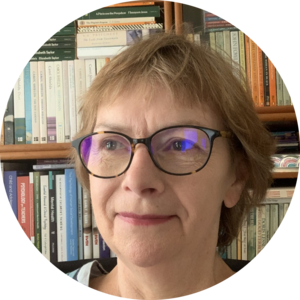