Moderation in all things, especially play, is key to a child's emotional, cognitive and physical development⎮3 min read
Dr Kay Owen and Alistair Turvill
2 contributors
Like Liked by Gabrielle Ahern
0

Children have always played – in every society and culture, at every point during history. Whilst there have been flurries of debate about whether their time would be better spent working (be that up a chimney, or behind a desk at school), no aspect of play has proved quite so contentious as digital play. There is a strong body of opinion that regards technology as being largely injurious to young children’s socio-emotional development and physical health. Although we would advocate moderation in all things, we would argue that digital play has probably been unfairly maligned.

Throughout history, the toy industry has sought to create novel products for children by drawing on the emerging technologies of the day, for example clockwork motors, steam driven components, or small-scale radio transmitters. The first commercially produced personal computers became available in the mid-1970s, and are now a constant and accepted part of life - especially for younger generations, whose experiences and activities are increasingly oriented around digital devices and platforms. Whereas early devices made relatively high physical and cognitive demands, the intuitive nature of the touchscreen medium has significantly lowered barriers to engagement, enabling even younger children to engage with these devices. Modern digital play offers rich visual, auditory, and cognitive stimulation, novel and often predictable extrinsic rewards, and frequently, a narrower demand of input and/or effort from the individual (compared with non-digital activities). An ever-increasing range of apps and games also allow children to follow their own interest and engage at a level that is developmentally appropriate for them.

This ability to provide seductive and engaging experiences, in an accessible and portable format, has created a new way of playing, but with many of the same potential benefits as traditional play. It has also served to ensure that this is the most technologically knowledgeable generation in history.

It is important to note that Digital Play offers the same categories and forms of play as traditional play models. Digital modalities allow children to engage in varied and valuable examples of fantasy, socio-dramatic, and role play (to name but a few), providing rich opportunities for learning and development, sometimes in ways that are not possible in non-digital environments. The removal of physical barriers to engagement, and the opportunity to exert control over aspects of identity and representation in some digital play environments means that they also enable greater equality and inclusion than some other formats.

Obviously, digital play has potential down sides, with the increase in sedentary behaviour, reduced social engagement, and possible development of compulsive behaviours worrying some. Others express concern regarding the threat of exposure to harmful content or behaviours (such as bullying or grooming), or fears that digital engagement will replace other beneficial activities. The role of parents and caregivers is clearly important here. Particularly in the early years, children depended on adults to provide opportunity, guidance and support. The digital domain presents children with a different set of opportunities and threats from those they will encounter in the real world, requiring caregivers to decide how much oversight, exposure and access is appropriate in order to ensure positive, rather than negative outcomes. Evidence shows that it is often actually parents themselves who expose children to inappropriate content in the false belief that the children are too young to understand and won’t be affected.

The term “digital play” first appeared in the literature in 2003. In other words it is possible, (in the same way my grandfather regarded all music from the Beatles onwards as “just a lot of noise”), that there is an element of generational bias shaping many adult’s perceptions. It must also be acknowledged that increased urbanisation, the sale of school playing fields, amendments to the curriculum, changes in parental work patterns and an increasingly risk-averse, distrustful society, have reduced children’s opportunities for physical and outdoor play. Although we would still heartily endorse the need for a rich mixture of play activities, having removed so many of the conditions that promote active play, it seems disingenuous to then criticise children for being sedentary. While the risks can never be entirely mitigated, choices regarding access, oversight and guidance can help minimise the risk and promote the benefits digital play can offer. 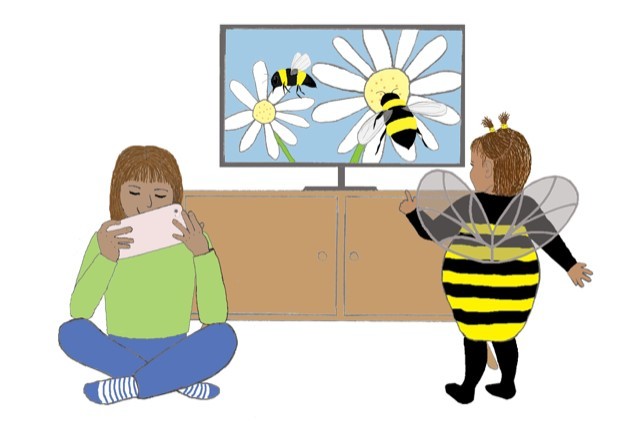 Moderation in all things, especially play, is key to a child's emotional, cognitive and physical development⎮3 min read