Current trends in evolution education are targeting a local optimum - striving for improvements within a constrained understanding of the challenges we are facing. It is time we take a broader view of the education landscape and the role of evolution in it.
Global ESD
Educational innovation and curriculum design, as part of our work within the Department of Comparative Cultural Psychology at the Max Planck Institute for Evolutionary Anthropology
Follow
Like Liked by Warren Raye and 1 other
0

Evolution education in the US is making progress, as the National Center for Science Education’s (NCSE) Anne Reid has just announced (Reid 2020). A follow-up survey taken twelve years after a 2007 study on evolution teaching practices across the country demonstrated a marked decrease in the teaching of creationist beliefs, and a concurrent increase in teaching evolution, including human evolution, as “settled science” (Plutzer et al. 2020). This is indeed great news, and we congratulate Reid, the NCSE, and our many colleagues in the evolution education community.

That said, this hard won gain in the US needs to be seen within the context of global discussions, both in evolution education and evolution science itself. From this broader perspective on the science and education discourse, we see evolution education as making relatively small gains towards a local optimum compared to the progress needed towards the potential global optimum of teaching evolution as the interdisciplinary science that it is.

In short, evolution education, globally, remains attached to a 20th century, idealized, gene-centric model of evolutionary change that is particularly inadequate when seeking to help students understand the complex interactions of genes, behavior, cognition, and culture found within human evolution (see Hanisch & Eirdosh 2020a,b,c). In the US, the evolution education community has barely begun to engage with current scientific discourse on these issues.

In Germany the situation is a bit different. Educational policymakers have taken explicit steps towards integrating 21st century scientific perspectives from the many sub-disciplines of evolutionary anthropology into the biology classroom. Yet even here much work remains. The topics of "Cultural Evolution" and "Behavioral Biology" are suggested and sometimes mandated in high school biology curricula, and textbooks variously hint at the complex interplay of genes and culture in the shaping of our species. Yet, even here, the interdisciplinary nature of evolution science is not fully embraced, teachers are seldom trained or offered professional development in this domain, and the depth of education students are offered will vary widely by the state, region, and classroom they happen to find themselves in.

Germany is at the "base camp" of this new mountain and we aim to help all interested evolution educators join us in the hike. In our work at GlobalESD.org and our education outreach efforts with the Max Planck Institute for Evolutionary Anthropology, we have students from across disciplinary and cultural backgrounds working on novel teaching directions in evolution education that the current field is not well placed to adopt without a significant leap of conceptual clarification. From the evolutionary origins of music, language, and fairness, to explorations of social-emotional learning curricula and school culture improvements, understanding the complex evolutionary systems that shape the variation of our everyday lives and modern world present an endless stream of engaging and meaningful learning potentials.

When we begin to see this new peak of interdisciplinary educational opportunities presented by engaging an evolutionary perspective on the human condition, it becomes clear that the narrow focus of current discourse in evolution is insufficient. It is insufficient to keep pace with modern science and it is insufficient to engage our students in a meaningful understanding of human origins and social change. As the landscape analogy implies, shifting the mountain which we as evolution educators are attempting to climb will require that we venture down into a valley of uncertainty and unexplored terrain as we reflect upon and ultimately move past the limited 20th century gene-centric models we have relied on for far too long.

Until the global evolution education world engages with 21st century scientific perspectives for teaching human evolution as the interdisciplinary science that it is, we fear we are pursuing a local optimum that can not truly fulfill the promise of our field, no matter what "progress" we may feel we are making on our current path.

*Editors note: a previous edition suggested the NCSE Study was only conducted within Pennsylvania, it was in fact a nationwide study as now noted.

Global ESD
Educational innovation and curriculum design, as part of our work within the Department of Comparative Cultural Psychology at the Max Planck Institute for Evolutionary Anthropology
Follow

What Is “Fair” Is Not the Same Everywhere

We teach behavioral science, but... what exactly is behavior? 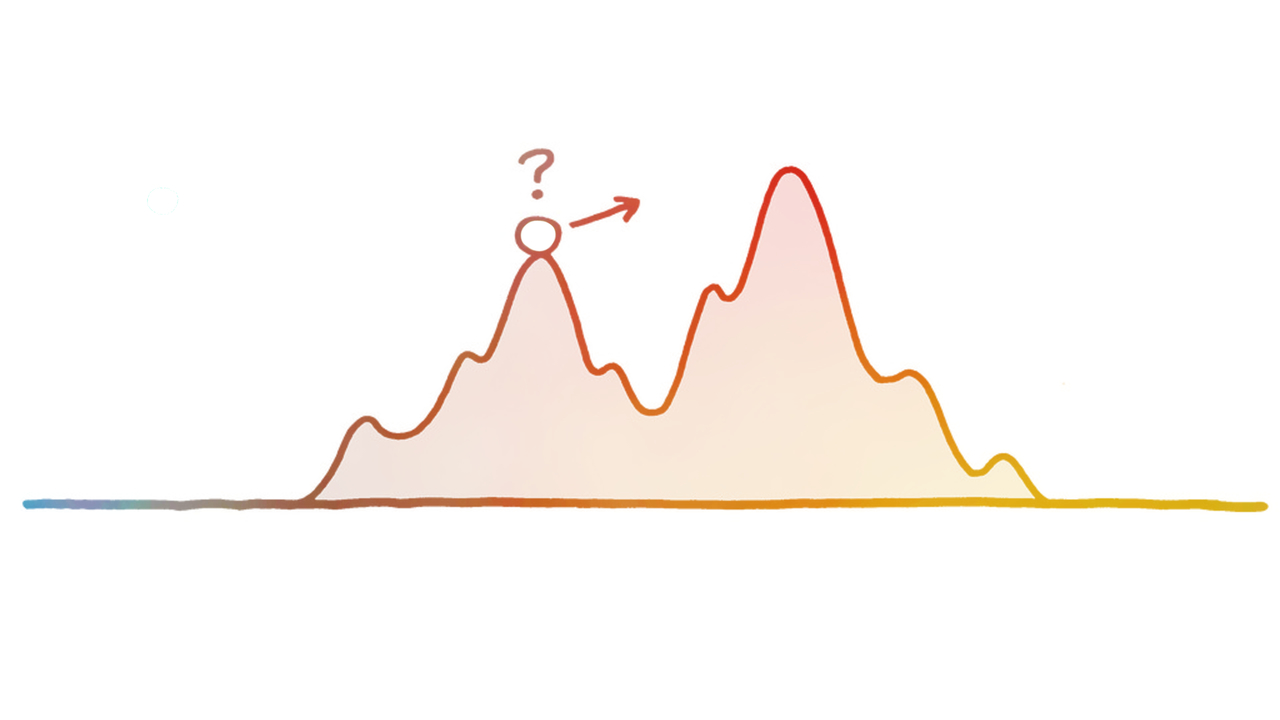 Current trends in evolution education are targeting a local optimum - striving for improvements within a constrained understanding of the challenges we are facing. It is time we take a broader view of the education landscape and the role of evolution in it.