Growth versus fixed mindsets apparently mean different things to Chinese and US students, but what accounts for such cross-cultural differences?⎮3 min read 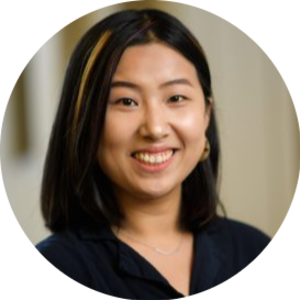 Professor of Psychology, University of Michigan 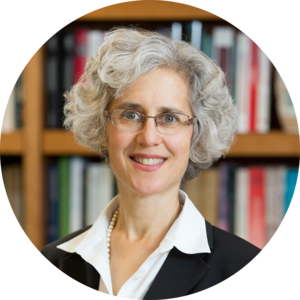 Psychological research is WEIRD: the majority of study participants are from Western, Educated, Industrialized, Rich, and Democratic contexts, however, these people only make up 12% of the human population. This poses a question mark on the generalizability of findings with WEIRD samples.

The idea of growth versus fixed mindset is well-established with WEIRD students. Students with a growth mindset believe that intelligence is malleable and can be changed through investing effort. They are thus motivated to work hard and seek challenges, leading to better school performance. Conversely, students with a fixed mindset consider intelligence to be an unchangeable trait, and they are often less motivated to strive for and achieve goals.

With this notion, Chinese students should hold a more growth mindset than US students. Decades of research has shown that Chinese students value the role of effort in academic achievement more than their US counterparts, and effort is considered a large part of their outstanding academic records. However, several studies have found that, compared with Chinese students, US students endorse a more incremental view of intelligence.

Researchers have explained such contradictions as “unexpected”; or provided explanations for these findings with a WEIRD eye: Chinese children start with a low growth mindset, which might increase as they grow up in the Chinese culture.

But does the notion of mindset really hold for the non-WEIRD Chinese students? Our recent paper addressed this question. We used data from the 2018 Programme for International Student Assessment (PISA), including more than 15,000 middle-school students from both China and the US. Thanks to this well-sampled large-scale test, we were able to conduct a more representative comparison across the two cultures.

Study 1 found a more fixed mindset in Chinese students compared to US students: nearly 70% of the US students believed that intelligence can be changed, while only about half of the Chinese students held the same view. Moreover, the US students fit well with the WEIRD model of mindset: growth mindsets corresponded to relatively better mathematics scores in the PISA test. However,  this association was slightly negative for Chinese students: those who held a more fixed mindset had relatively higher mathematics scores. Fig. 1 shows this clear distinction across the two cultures. 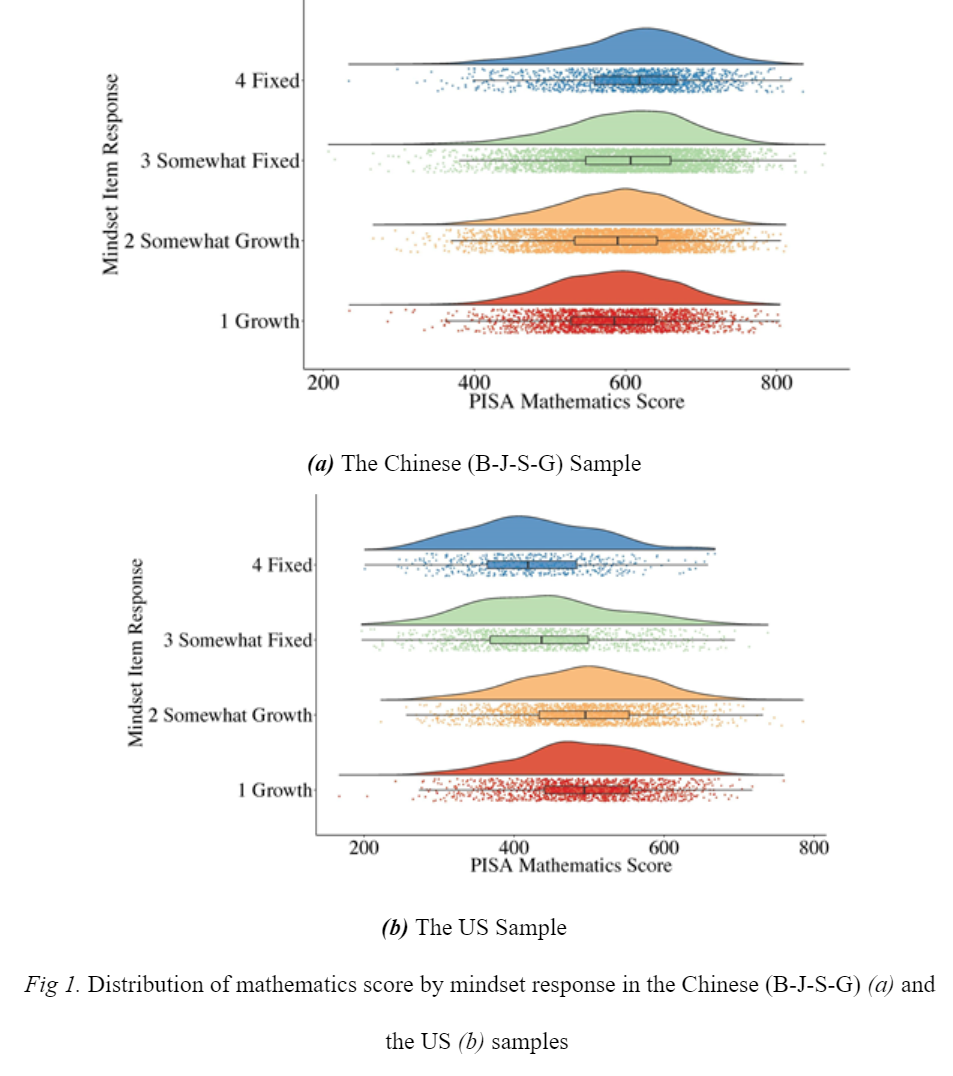 Growth versus fixed mindsets apparently means different things for US versus Chinese students, but what accounts for such cross-cultural differences? Study 2 told us that students in the two cultures differed in how they conceptualized intelligence, and such differences corresponded to their different takes on intelligence malleability. We asked Chinese and US college students to define intelligence in their own words, and then probed their intelligence mindset as well as their effort attributions to academic achievements. Again, our college samples showed a more fixed view in China when compared with the US. And again, for US students, those who held growth mindsets were also likely to attribute academic achievements to effort rather than innate ability, while this was less likely in Chinese students. Participants’ open-ended definitions of intelligence showed that Chinese students defined intelligence in a more fixed way: nearly 70% emphasized raw, fluid abilities, such as processing speed and abstract reasoning. In contrast, US students defined intelligence in a more malleable way: less than half included fluid abilities, and 40% incorporated only crystallized abilities such as verbal skills.

What are the takeaways from this research? For one thing, construals of mindsets are not universal: at least in some cultures, whether intelligence can be changed doesn’t matter much for whether students work hard. As a Chinese idiom goes, “A clumsy bird should make an early start.” In other words, intellectual ability may be inborn and fixed, but one could still succeed at schoolwork through working hard. A broader take-home point is that since most people are not WEIRD, one should not seek to simply replicate findings from the WEIRD world when studying the non-WEIRD population.

Learn more about our research in Growth mindset and academic outcomes: a comparison of US and Chinese students published by npj Science of Learning.

+1
Utkarsh Upadhyay and 1 other
What do we know about student attention in the classroom?
Contributor npj Science of Learning
Behind the Paper

+1
Jennie K. Grammer and 1 other
npj Science of Learning Community