One of the most important ideas in David Labaree’s book Someone Has to Fail is his claim that U.S. education has always been locked in a mutually exclusive trap of competing ideas: our country wants education to be an egalitarian force (helping “level the playing field” for all students, being a force for equal opportunity) and a force to separate more capable students from the crowd (helping students with more “merit,” talent, intelligence, or other capability rise to the top). Our country wants schools to do both these tasks well, and at the same time. Labaree points out that a school or education reform effort that champions one of these ideas at the expense of the other will get slapped back. A school that focuses too much on opportunity for all will be criticized for not letting the “best and brightest” go as far and fast as they can. A school that focuses on identifying exceptionally talented, etc. students and supporting their advancement will be criticized for elitism. Maybe this is one of the factors behind what many of us who have been in education for a long time experience as the “pendulum” of school reform: it goes back and forth, from one idea to another and often back to a new version of an older idea. What goes around comes around, because as you favor one “side,” you will experience a push back.

Neither of these “sides” are wrong, but there is inherent tension between the ideas of “opportunity for all” and “identifying and supporting merit,” and that tension should be recognized and admitted. We need to admit these kinds of conflicts, because if we don’t uncover them, we may be surprised later when the pendulum swings back and hits us. Both sides of this discussion want what they see as “best” for kids, and any policy or practice change favoring one side or the other will get pushed back, so many schools and districts shoot the middle: rhetoric and some practices that de-track, while maintaining many tracked classes without fanfare.

Every educational reform should start with a clearly identified problem statement and end with an offered solution to that problem (I think I’m misquoting Ted Hamann, but I suspect he’ll forgive me). Education is such a complex endeavor that a move one way means a move away from an attractive and compelling path. A move toward de-tracking classes is a move away from “advanced” or accelerated courses for students who may be ready for that environment. Acknowledging that sacrifice is not only honest, it’s needed. We need to acknowledge what path we aren’t taking and why.

We may have to start giving some things up and letting them go in order to make more reasoned and lasting choices. We want to avoid getting smacked in the head by the pendulum. If we really believe in constructivism, what should we acknowledge about the strengths of direct instruction models? If we really believe in the importance of critical thinking, what should we acknowledge about the importance of a core set of knowledge? What are we willing to let go? Why are we letting it go? What are we moving toward, and why is that path more important? 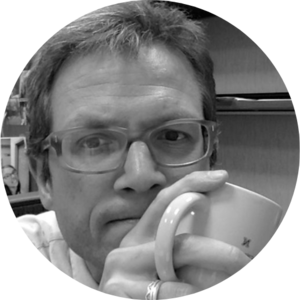