While surrounded by educators in a course called Becoming an Expert Learner1, a discussion came up about how to support memory in learners. We talked about the importance and helpfulness of exposure to multiple modalities of information. This topic became tangled up with what is now known as a neuromyth—the VAK (visual, auditory, or kinesthetic) learning styles—a neuromyth so pervasive that several classmates expressed frustration at having implemented that theory in classrooms only to later uncover its inaccuracies and harm.

What is a neuromyth? What does this have to do with VAK?

Neuromyths are misconceptions about the brain. We humans lean toward simple explanations.2 This partially explains why we might hang tightly onto theories that foster a clear, albeit sometimes false, understanding of the brain’s inner workings. We also all have biases and shortcuts that help us to quickly understand and use information.3

In the case of VAK learning styles, the myth stems from a past and inaccurate belief that each person has a specific learning style. If a person learned in that style, that would benefit their learning because that must be how their brain works—at least that was the logic. However, the VAK learning styles theory has failed to hold up to any evidence.4,5,6 Despite lack of evidence, the prevalence and application of such neuromyths continue.7,8

Unfortunately, many neuromyths exist in education, such as the VAK learning styles. On the surface, this might not seem like a big deal. However, if instructional practices are geared toward a particular “style”, this comes at the detriment of exposure to multiple modalities of input.10 And inputs from various modalities do support memory.

Despite the debunking of VAK, why does it continue being talked about? I can think of many instances when I’ve heard classmates and even colleagues say phrases like, “well, I’m a visual learner.” I will honestly admit that I too have been guilty of such phrases, as I simply repeated what others had told me and what I thought to be true. Until I was explicitly exposed to the term neuromyth and learned about neuromyths influence on education, I didn’t stop to think about the harm I caused to myself and others by perpetuating such errors.

We must accept that the beliefs we hold matter. We need to ensure that the foundation of our beliefs is strong and true. And when beliefs are not true, it is time to adapt our ways and be the lifelong learners we aspire for students to be.

1. The class is titled EDU H110L: Becoming an Expert Learner, at the Harvard Graduate School of Education (Instructor: Tina Grotzer). 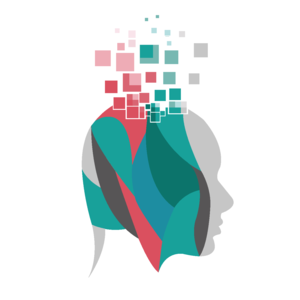 BOLD Blog
The rythmn and sound of reading
Education

The rythmn and sound of reading