Teaching evolution as an interdisciplinary science

A new Curriculum and Education article in Evolution Education Outreach argues for the educational potential of teaching evolution as an interdisciplinary science - highlighting the problems with the gene-centered and biology focused mainstream of evolution education.

Evolution science, in the 21st century, is a robustly interdisciplinary endeavor. Evolution education, in the 21st century, remains too often confined to the idealized gene-centric model of evolution that emerged from 20th century biology. In a new Curriculum and Education article at the open access journal, Evolution: Education and Outreach, we argue that this is problematic and a significant lost opportunity for our field.

We begin by summarizing the diversity of persistent challenges facing the evolution education community, both in terms of student understanding and acceptance of the science. We highlight previous strategies aiming to address these issues within the traditional confines of the biology classroom. We then outline some notable innovations in the current literature that do attempt to teach evolution through a more interdisciplinary lens, noting that such an approach is the exception to the rule, especially within the K-12 general education context. Following this overview, we systematically unpack the hypothesized potential of robustly engaging the interdisciplinary nature of evolution science in the classroom. Specifically, we argue that the gene-centered model of mainstream evolution education may itself be driving some of the core challenges of our field, and that an interdisciplinary trait-centered model of evolution would not only be more consistent with current scientific perspectives, but may also provide a conceptual framework more supportive of student understanding and acceptance. Understanding this potential to shift from a gene-centered to a trait-centered model of evolution leads to a series of specific hypotheses related to a wide range of classically persistent challenges to our field. After exploring each of these hypotheses in more detail, we conclude by suggesting that evolution education may be 'climbing the wrong mountain' (a claim we have made earlier here in the Science of Learning community).

That is, we argue that, while a great many of our colleagues do embrace evolution as the interdisciplinary science that it is, there remains an influential contingent of researchers and educators who do reject the educational value and even the scientific basis of this line of modern evolution science discourse. We believe this rejection of the interdisciplinarity of our field is a core limiting factor in the ability of evolution education to fulfill its potential as foundational unifying concept in the general education curriculum. Our article offers a range of hypotheses and pedagogical tools to be tested, now it is up to our community to choose which mountain we intend to scale together.

Join the discussion! In 2021 the OpenEvo project from the Department of Comparative Cultural Psychology at the Max Planck Institute for Evolution Anthropology will be organizing online events, networking, and exchange opportunities for evolution educators as well as early career evolution education researchers interested in exploring how these issues can be practically addressed in real world classrooms and research projects. Contact Dustin Eirdosh for more information. 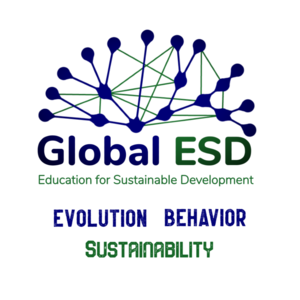