The brain within the brain

Explore the fascinating basolateral amygdala, and the circuitry involved in the formation of emotionally charged memories ⎮3 min read

What is your main area of research?

My main area of research is the cellular and circuit basis of learning and memory, which is, to understand the functional and structural changes that occur in neurons and the circuits that these neurons form, after learning occurs.  I am particularly interested in investigating local GABAergic interneurons in a brain region called the basolateral amygdala complex, and the role these interneurons play in processing memories. These GABAergic interneurons within the amygdala are very diverse.

Populations of interneurons vary from each other in their shape, physiological properties, neurochemical profile and also in their function, but not much was known about how this diversity of interneurons gives rise to amygdala function. The basolateral amygdala is intimately involved in the formation of memories that have an ‘emotional charge’ to them.

Why did you decide to investigate this fascinating part of the brain?

Right from my childhood, I was curious about why some memories are strong, like my memory of the times I spent with my grandfather (who, I was told much later on, was suffering from dementia at that time) and why some memories are labile, like the information I learned from my school physics textbook. Joining Prof. Sah’s lab for my PhD at the University of Queensland, provided me with a platform, and an opportunity to ask these scientific questions. This is where I started studying the basolateral amygdala, and the circuitry that is involved in the formation of emotional memories.

The basolateral amygdala is really fascinating! It is like a brain within the brain. This is a relatively small brain region and it can be divided into the lateral amygdala and the basal amygdala. It receives both unprocessed and processed sensory information from most sensory sources, information about the internal state of the body, and about pain. In addition, it also receives inputs from various modulatory brain systems including the monoamine system and peptide hormone system. In a way, the amygdala is perfectly positioned to associate a wide variety of sensory experiences with an emotion like joy, love, fear and desire.

Is the amygdala the only region of the brain involved in fear learning?

A physiological, synaptic and circuit process called long term potentiation has been widely considered to be the most compelling cellular correlate for the formation of different kinds of memory. This process occurs in various brain regions, including the sensory cortices, and of particular interest is the brain region called the hippocampus.

The hippocampus is involved in the formation of memories that are related to context: time and place. For example, when you go to a park, you collect information regarding the number of trees in a patch of the park that you are sitting in:

What kind of tree are they?

What is the colour of their leaves?

Are there other people in the park?

How long were you in the park?

That information is processed in the entorhinal cortex-hippocampus circuits. Apart from this, memories are often stored in other cortical regions. We know this from the famous patient, H.M. who had a part of his hippocampus and amygdala removed due to a debilitating brain condition. Even though he could not make lasting new memories, the memory of his childhood remained intact.

The frontal cortex is especially known to be involved in the formation and modulation of emotional memories, including fear learning.

One of the key experimental paradigms that is commonly used to study amygdala-dependent emotional memory formation is called auditory fear conditioning. An animal is trained to make an association between a neutral sound cue and an aversive stimulus like a foot shock, such that after the association of these two independent stimuli, the mice shows aversive responses to the neutral auditory cue.

GABAergic interneurons within the basolateral amygdala are known to play a crucial role in this process, but what type of interneurons from the existing diversity of cells are recruited in this memory process, and what inputs mediate this process, was vastly unknown. In this study, we showed that interneurons in the BLA were at least 6 different physiological types.

Using cutting edge tools in optogenetics, we have shown these 6 classes of interneurons receive auditory inputs from the two auditory regions of the brain, which send unprocessed and processed auditory information to the amygdala, the medial geniculate nucleus of the thalamus, and the auditory cortex respectively. The key result of this study is that interneurons within the lateral amygdala and the basal amygdala have a different composition of excitatory receptors and receive auditory inputs at different strengths. Interestingly, only one population of interneurons in the lateral amygdala, which lacks GRIN2B-type NMDA receptors, were able to undergo long term potentiation, whereas none of the interneurons in the basal amygdala exhibited the ability to undergo long term potentiation.

Why do you believe this research is important?

Our data suggests that interneuron populations within the lateral amygdala and the basal amygdala are differentially recruited during auditory fear conditioning and perform distinct roles during associative learning. This drives the point home that the basolateral amygdala should not be considered to be a single functionally uniform brain region if we want to achieve a full understanding of the neural circuits that mediate emotional learning. 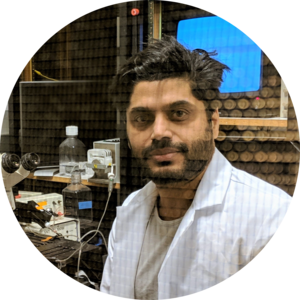 Easier practice can be more efficient

+1
Luke G. Eglington and 1 other
Lessons from Ed-Tech
Contributor
Behind the paper

Solange Denervaud
Social Interaction is Good for Learning a New Language, Social Isolation is Not
Contributor npj Science of Learning
Behind the paper

+1
Ping Li and 1 other
npj Science of Learning Community
We use cookies to help improve your experience. By continuing to browse our website you are consenting to our use of cookies.
Learn more