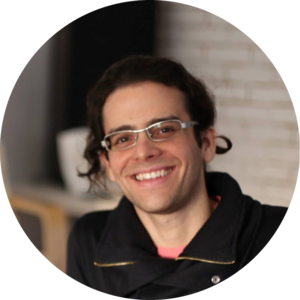 Once upon a time… a conference cocktail dinner had the following (imaginary) conversation.

[Bruno, the first author of the study talking to some people at a table] … so this could mean that children get smarter because of the challenges in their environment.

[Rebecca, a bachelor student in psychology, walks to the table) Sorry to barge in. I was taking a quick look at your paper and got a bit confused. Oh, by the way, my name is Rebecca. This is my first year as a bachelor's student here in the department.

[Bruno] Nice meeting you Rebecca! {nods in greeting}. I’m Bruno. I guess I should give you some context first, like I was telling the others here. The lab I work at is interested in understanding how cognition develops over time. Some kids develop much faster than others, and we want to know the mechanisms behind these differences. Because, hmmm, that’s cool to study and can help kids learn better in school! We’re especially interested in working memory. By looking at that, we can…

[Rebecca] Wait. What do you mean by “working memory”?

[Bruno] Ah, yes. It’s the thing responsible for keeping information active in our minds. For adding, removing, and comparing thoughts on the fly – like when discussing a paper! There is a ton of evidence that working memory is important for education: grades, college admission, and so on. High working memory usually goes together with high competence in reasoning and learning. And low working memory is related to attention disorders like ADHD.

[Bruno] Nice. But what explains the differences in working memory during development? We know that genetic inheritance must play a substantial role – decades of twin studies have shown that cognition is highly heritable in a multitude of populations and contexts. There are also lots of studies showing a big role from the “environment”, as we call it. Meaning all the experiences we get since birth.

[Rebecca] But is that coming from genetics or the “environment”? Your study is trying to answer this?

[Bruno] Not really. It’s not all-or-nothing. Nature and nurture are both important. It’s important in the individual sense – because a strand of DNA isolated in a lab tube doesn’t create a brain. And it’s also important in the group sense – recent studies found that cognitive differences between people come from complex interplays between genes and environment.

Our study is asking: how does gene-environment interplay come about? A lot of researchers are into the idea of natural maturation. It says that during childhood, genes are like trains. The tracks are already in place and set the course of cognitive development. The trip needs only a supporting role of common experiences available to almost every child – like electricity to keep a train going. In contrast, there are alternative ideas where genes are like a jeep – the course of cognitive development will vary a lot depending on the terrain. Dense jungles, muddy asphalt, rocky beaches will all be different trips. In one possibility, we believe these “adaptable, jeep-like” genes could interplay with the many distinct cognitive challenges engaged by children.

[Bruno, continuing after getting nods from Rebecca] Now, the thing is that when you look at a group of kids over the years, it’s hard to tell which environments mattered. So, what we did in our study was to compare the gains in working memory over the years with the gains after a short intervention of cognitive training. Because for the training, we know the improvement is coming from cognitive experiences.

[Rebecca] Cognitive training… Yes! I heard about this.

[Bruno] Some of the first modern studies on that were done by my PI, Torkel Klingberg, who is right here.

[Torkel, senior author in the paper] Yes. I started research on cognitive training back in the 2000s. A lot has happened since then. To summarize, the evidence points that working memory can be improved with special training as short as a few weeks of daily training. And working memory and attention are very similar, so the kids’ attention also improves. A few years ago, my group also found that working memory gains from training were related to particular regions in the genome. So, our study now had a good foundation to start with.

[Rebecca] Ah, that sounds very cool! I should try some training myself. Nice meeting you, Torkel. And what about your new study? What did it look like?

[Bruno] Yeah. In our study now, we had two samples. One sample with 160 participants, to represent typical childhood development. We measured their working memory at the start and then again 2 years later. The other sample, to serve as the comparison, was 180 people taking 25 days of cognitive training.

[Rebecca] Were the kids in both samples the same age?

[Bruno] Yeah, about the same. The mean age was 12 years old for both samples, ranging from 6 to around 20. And both samples were people in Sweden.

[Rebecca] Right, so I guess that helps with comparing the two samples.

[Bruno] Yep! For the genetics, we used polygenic scores. It’s an index that puts together thousands of DNA regions associated with differences in cognitive performance, educational attainment, and mathematical ability. Those regions came from another study by a big group of researchers using 1 million participants. With that info available, we were able to give a score to each of our participants. This number is their propensity for having a high or low cognition.

[Rebecca] Makes sense. But c’mon, what did you find? I’m curious!

[Bruno] Okay, okay. We found that the amount of working memory change in 2 years of development and 25 days of training is in part explained by the same polygenic score. The same genetic index. And our statistical test showed that those genetic factors were “indifferent” to whether the WM gains came from development or training.

[Rebecca, in excitement] Ah! So that means there are some of the same genetic mechanisms of development in common with those of cognitive training. And these mechanisms depend on the cognitive challenges that each kid gets. Which meeeeans {raises finger} that your results go against that idea of natural maturation, right? Those genes are more like jeeps!

[Bruno, in surprise] That’s exactly right! Damn, that was pretty good. And, yes, it goes against complete natural maturation… because at least a part of the genetic effect is flexible and depends on these cognitive challenges. Part of it could also be maturation.

[Rebecca] I was skimming over the values you put in your paper… Isn’t the genetic effect tiny? There could very well be lots of other genes you couldn’t find and that are not related to cognitive challenges. {whispering while looking down} Sorry, that sounded kinda rude…

[Bruno] haha. No worries. I do a lot of that too. But, yes, you are right about the effects being tiny. They explained only 2.2% of the differences in the kids after already accounting for the effect of gender and age. Although tiny, these DNA regions are the best genetic predictors available so far for cognition, so it’s the best we can do for now. But, of course, it means that we should be careful and not take our conclusions too far. Nonetheless, I think these results are an important piece for the gigantic puzzle of gene-environment interplay in intelligence. Being optimistic, as I am, our findings could also contribute to making better educational interventions in schools. Something that researchers in my field are doing promising work with!

[Rebecca] Hmmm… but why is that? I always thought that younger people would change and learn faster.

[Torkel] Probably has to do with the rich-get-richer effect. In the cognitive training literature, studies frequently find that participants with the highest initial cognitive values tend to be the ones getting the most gains from training. This study shows that one possible explanation is that the same genes that make you perform better before training, because you developed faster, also help you improve more during training. Why older children improve more might be because a child with higher working memory will focus better during the training and improve more.

[Rebecca] That makes sense. Wow, a lot of food for thought. Thank you! Cool chatting with you guys.  Gotta go around to other tables now. See you!