Out of Cite, Out of Mind

Teachers should be critical of statistics they encounter on social media.

“How is one to know whose advice to take on how best to go about learning?

It’s wise to be skeptical.  Advice is easy to find, only a few mouse-clicks away.  Yet not all advice is grounded in research–far from it.  Nor does all that passes as research meet the standards of science…”

–from Make It Stick

I’d like to use this post as an opportunity to muddy the waters a bit more with respect to what constitutes ‘good evidence’.  As a warning, though, I need to tell you this post will not make things easier. While a majority of my blog focuses on using cognitive psychology to improve and somewhat simplify instruction, this excerpt may only add to the deluge of shenanigans out there in twitter and research land.  So, why write it? Because it’s important to shine a light on bad practices and false statements masquerading as researched knowledge, potentially harming classroom instruction across the world.

I recently saw on twitter a slight push to not ‘call people out’ on things like this, but rather to read people’s blogs and tweets with best intentions.  I understand this point to a certain degree, but when educators spout off information that is either incorrect or not based in evidence, I find it hard to let that go.  While there are definitely teachers that are more than capable of deciphering fact from fiction, some cannot. So, when I read that students only remember 10% of what they read or kids don’t learn from people they don’t like, I consider it a disservice to not ‘call them out’…in a respectful manner.  This is a major reason why I believe myths of education will not die…I’m looking at you preferred learning styles.  Especially on twitter, if the right thought leader or educelebrity says it, teachers will believe it without question.

Here’s an example of bad science making its way onto twitter as purported truth by a quite popular (almost 40k followers) teacher:

Here’s a closer look at the image in the tweet:

This chart makes some pretty specific claims about appropriate limitations of direct instruction based on age.  But look…there’s a citation. The source is a text written by Dr. Eric Jensen, who has authored thirty-one books, hosts numerous workshops, and blogs about brain-based learning (Isn’t all learning brain-based?).  Steve Jones does his part to fight the good fight and replied to the above tweet with this:

Sure enough, when you look at page 37 in the text, you see Dr. Jensen is just citing…himself; not a study he conducted or a paper he contributed to.  See below:

Figure 3.2 is the same chart as shown above.  There is no further citation. No references at the bottom of the page or at the end of the chapter.  That’s it. It appears Dr. Jensen had a guess (hopefully, an educated one) at the time constraints for direct instruction of content, but has no evidence to back his predictions. This is bad practice and I’m a bit surprised the Association for Supervision and Curriculum Development (@ascd) supports this text.  I did send Dr. Jensen a tweet asking if he had any research to support his numbers, but I did not receive a response.

So, what’s the big deal?  Why does it matter that this image exists in edutwitterland?  Because teachers retweet and unknowingly spread false information, influencing other impressionable teachers.  Because teachers use this material as fact and adjust their instruction accordingly. Because teachers participate in professional development opportunities where this information is used and discussed.  Because teachers deserve informed and evidence-based statistics when deciding how to run their classroom.

So, going forward, I hope all are critical consumers of every statistic, tweet, blog article (even this one), inspirational quote, book, and edchat.  A quick warning though, if you question those who write these falsehoods, be prepared to potentially deal with some backlash.  I have been blocked by a couple of quite powerful educelebrities on twitter because I asked them for evidence or references to support their statistics.  Some will engage and provide you with research, others will ignore or block. Just stay respectful and know that you’re doing your part by not allowing fabricated information to further impact the classroom. 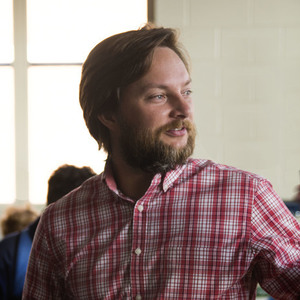 Warren Raye over 1 year ago

Excellent points Blake Harvard! Thanks for your post. There is a great book (in my opinion), A Field Guide To Lies And Statistics, by neuroscientist Daniel Levitin that offers guidance on critical thinking and interpreting numbers/statistics reported everywhere. I wouldn't mind it if everybody skimmed through that book at some point in their life.

Note, I have no affiliation to Daniel Levitin.

Childhood trauma and the brain
Contributor
For Teachers

Childhood trauma and the brain

Learning should be a social activity

All in the Mind
Learning from mistakes
For Teachers